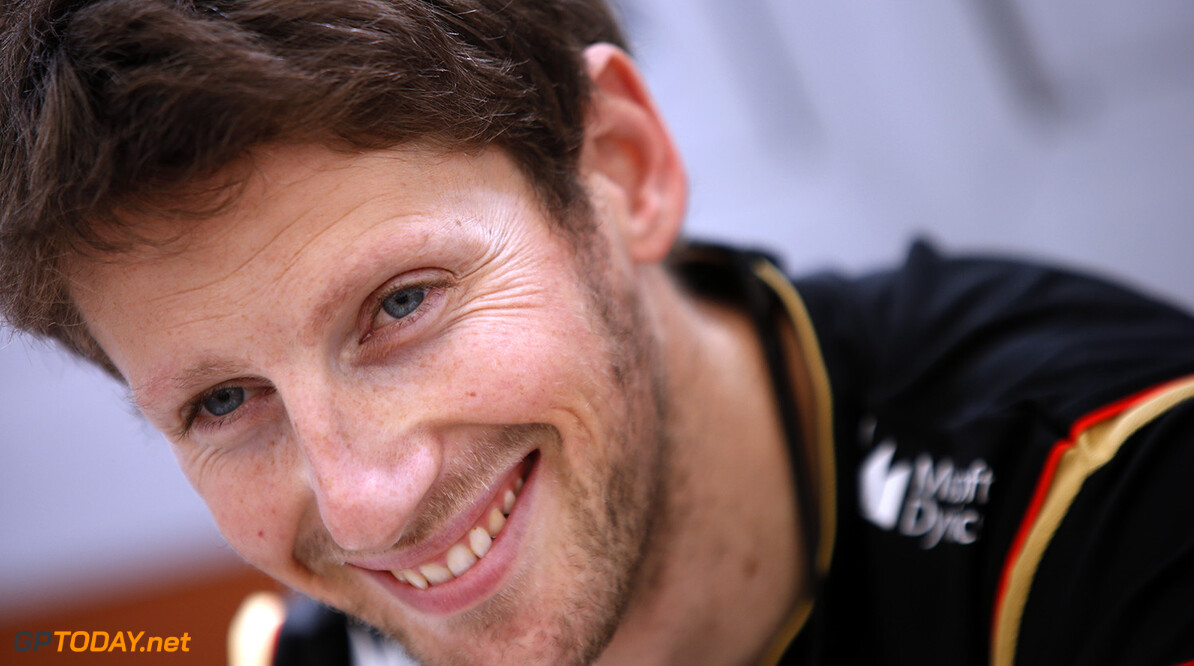 Grosjean may announce his plans for 2015 this weekend

Lotus is set to announce that Romain Grosjean is staying with the Enstone team in 2015. Just a week ago, the Frenchman was saying he had the power to step out of his contract and move to a bigger team. But a lot - albeit all apparently behind the scenes - has changed in the intervening days, including reports that Fernando Alonso is definitely heading to McLaren-Honda.

Asked where he will be in 2015, Grosjean smiled his famous smile to France's RMC as he answered: "I will have a different engine! You should know more about my future very soon, maybe even as early as this weekend," he added in the Interlagos paddock.

Grosjean denied, however, that the Alonso situation had made his own plans certain. "I do not think it has something to do with it," he said. "In fact, now it is not easy to find a place at all in formula one -- it is a difficult situation for the drivers with two teams (Caterham and Marussia) going away, but for me everything is going well. We are very close. I'm in a good position in the team," he added.

Elsewhere, Force India and Sergio Perez are on the verge of prolonging their marriage, while Jean-Eric Vergne is set to get one more year at Toro Rosso. Another open secret is that Sebastian Vettel is going to Ferrari to replace Alonso. "When the cameras are on," the German smiled on Thursday, "it is difficult to say anything, "but when they turn off, everyone seems to know what is going on."

Vettel took his Red Bull crew out for a farewell dinner in downtown Sao Paulo on Wednesday night, but he admitted to reporters that he will not be sad when the curtain comes down on his difficult 2014 campaign. As for 2015, "I know what I'm doing, that's for sure," Vettel insisted. "And I know who my teammate will be."

It appears likely he is referring to his friend Kimi Raikkonen, but the Finn's high-profile struggles in 2014 have produced a cloud of speculation. "Everyone has his own opinion," Raikkonen told the Finnish broadcaster MTV3. "Many times we have seen that they are wrong. It is the way it is here (in F1)," he said. "It is probably the saddest thing about formula one. The main thing is that you know yourself how things are and to trust in what you are doing," said Raikkonen. (GMM)
F1 News Fernando Alonso Romain Grosjean Sebastian Vettel Sergio Perez Lotus F1 Ferrari McLaren Force India Marussia Honda
.