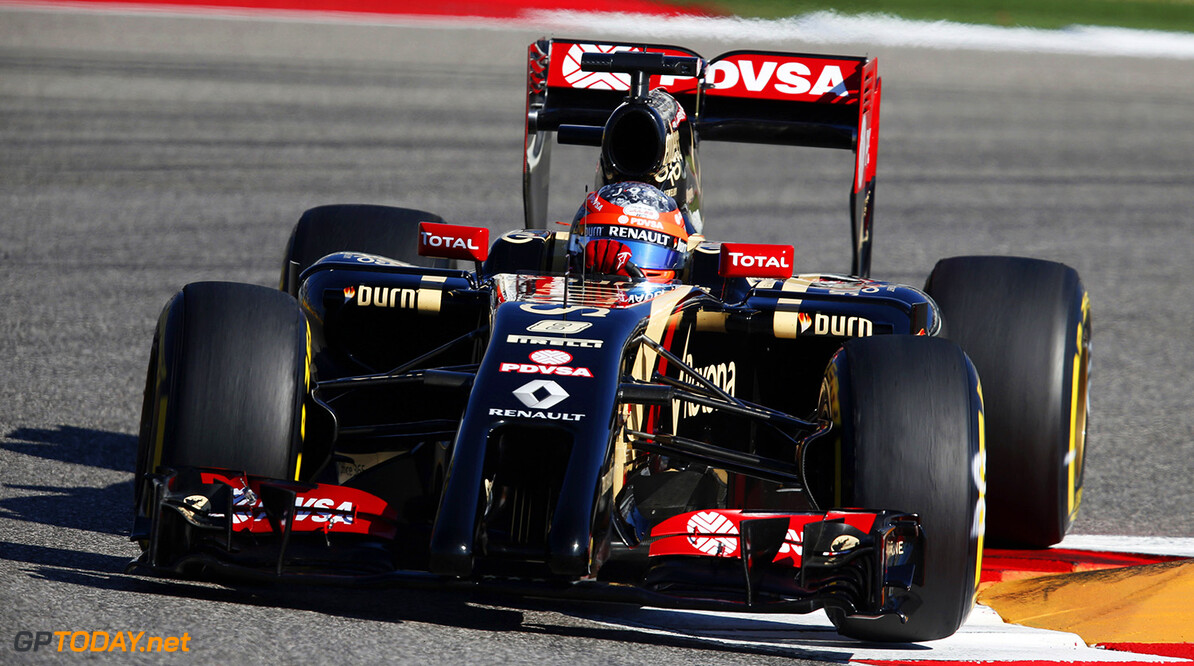 Romain Grosjean is edging close to a deal to remain with Lotus for 2015. Spain's Marca reported this week that talks about a possible switch to McLaren-Honda, where the Frenchman may have been under consideration as an alternative to Fernando Alonso, have now ended.

Grosjean, obviously frustrated this year, said recently that Lotus' impending switch from Renault to Mercedes power will give the Enstone team an obvious boost for 2015. And he has insisted the arrival of Petronas fuels, apparently contradicting his strong alliance with existing partner Total, will not affect his potential future at Lotus. But in Austin last week, he did not hide his desire to move to a "top team". "I have a contract with the (Lotus) team," said Grosjean, 28, "(but) I have the option to leave if I want to."

Speed Week now quotes deputy team boss Federico Gastaldi as saying: "We are still in the process of finalising things. As I have already said, Romain is a very important member of our family at Enstone and we want to keep it that way. An announcement will follow shortly," he revealed. "The discussions are very open and progressive, and we hope that we are soon in the position to go public." (GMM)
F1 News Fernando Alonso Romain Grosjean McLaren Renault Lotus F1 Mercedes Honda
.