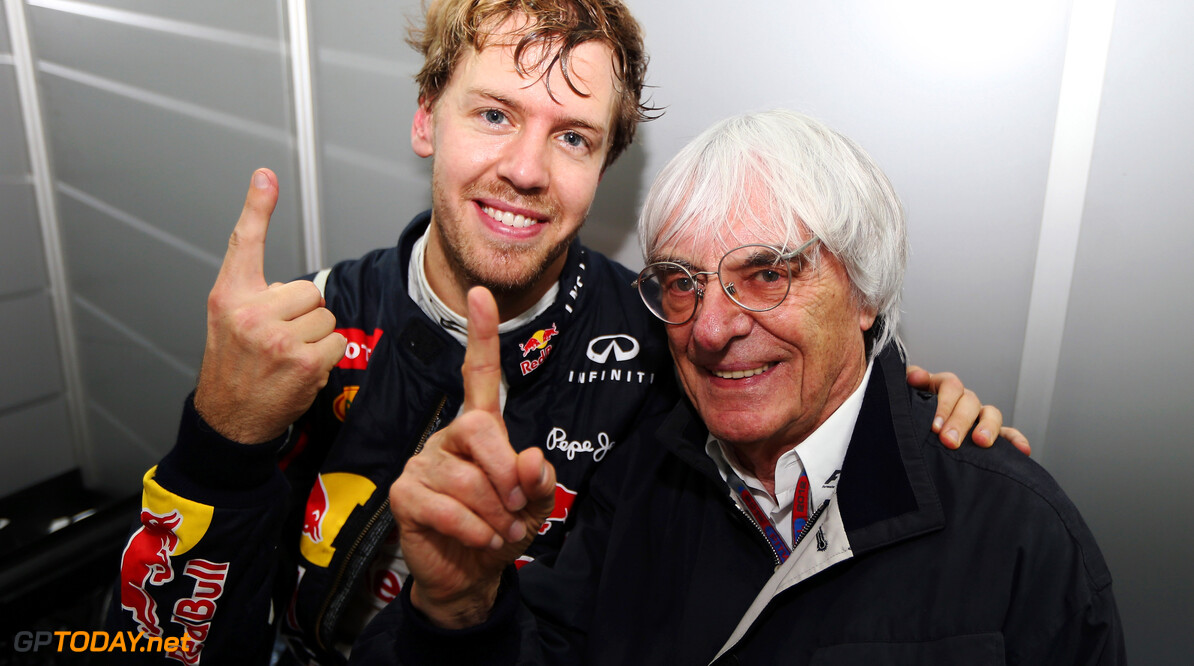 Ecclestone looking at three-car teams plan for next year

Bernie Ecclestone has admitted F1 could fill up a depleted grid next year with three-car top teams. Former Williams chairman Adam Parr set off alarm bells after the Italian grand prix recently when he 'tweeted' that three struggling teams are about to collapse. When asked about the news in Singapore, and whether allowing small teams to buy 'customer cars' from their big rivals might be the answer, F1 supremo Ecclestone answered: "No. Three cars (would be the solution)."

Grave fears about the health and future of Caterham, Marussia, Sauber and Lotus are sweeping the paddock. Asked directly if the Swiss team will definitely return in 2015, Sauber chief Monisha Kaltenborn said in Singapore: "We plan to be." And if others also collapse under similar financial strain, Ecclestone said the plan is to boost low grid numbers by having top teams like Ferrari and Mercedes run a third car each.

"I think we should do it anyway," he said. "I would rather see Ferrari with three cars or any of the other top teams with three cars than having teams that are struggling." Ecclestone, 83, admitted that several teams are in danger of collapsing. "We'll know after the next two or three races, but it (the three car plan) is being looked at," he said.

The Briton seemed to rule out helping the financial stragglers to survive. "I've been around - most people would say too long - but long enough to know there are always people at the back of the grid," said Ecclestone.

Jenson Button, F1's most experienced active driver, said it would be a shame if numbers had to be boosted with three-car team entries. "If one car is so strong next year, you could have no other cars on the podium, which isn't so good," said the McLaren driver. "Obviously it would be nice if they (the small teams) didn't have such big struggles and they could be more competitive," Button added. "But that's always been the case in formula one." (GMM)
F1 News Jenson Button Williams Lotus F1 McLaren Ferrari Mercedes Sauber Marussia
.