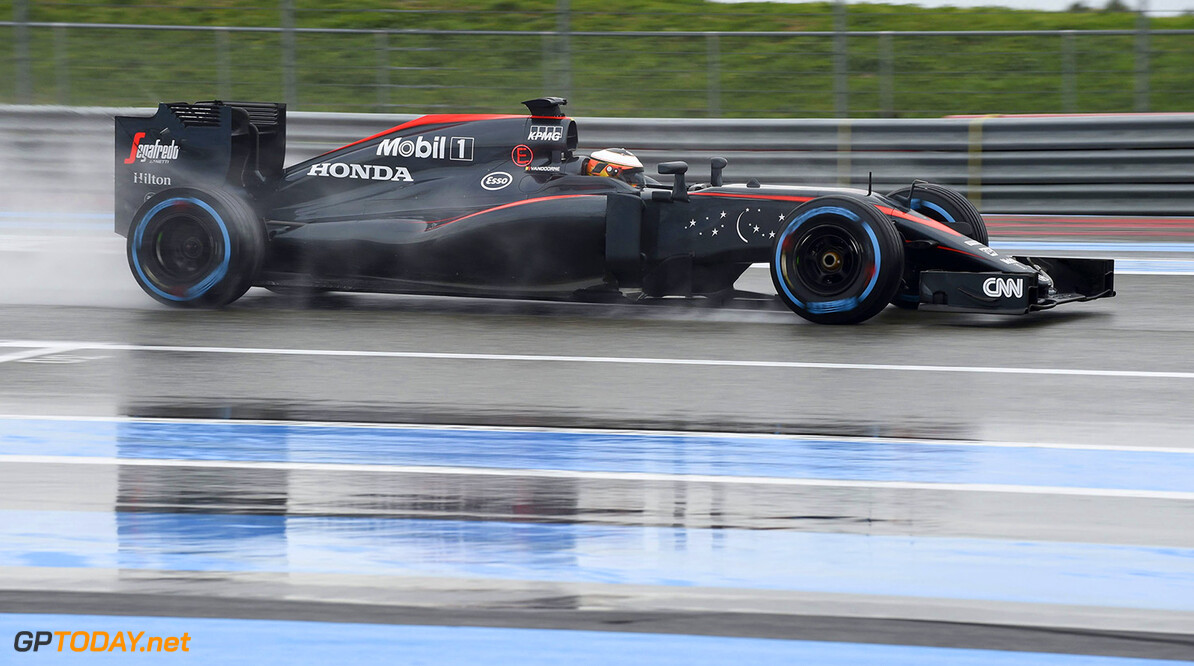 Is McLaren going to unveil a major sponsor soon?

Speculation is mounting that McLaren will kick off its hopes for a much better 2016 season with a livery tweak. The British team has had famously few livery changes in its history, having raced in either the Marlboro or West-inspired guises in recent decades.

But last year, McLaren unveiled conventional silver colours for the new Honda-powered car, only to change mid-season to the familiar all-dark and Dayglo livery. Now for 2016, as hopes rise for a much better campaign, there are rumours McLaren will change appearance again.

Tester Stoffel Vandoorne appeared recently at the Paul Ricard test with a blacked-out area on the chest of his overalls, indicating a major new sponsor might soon be unveiled. And Jenson Button appeared in a recent advertisement wearing a white team t-shirt that features much more black than before.

Marca, an online Spanish sports newspaper, conducted a survey in which 26 per cent of the 50,000 voters concluded that Fernando Alonso's car for 2016 might be black and white. But the report said team employees have been explicitly told not to divulge any information about McLaren's actual 2016 livery. "It is also possible that nothing will change," the same source told Marca. (GMM)