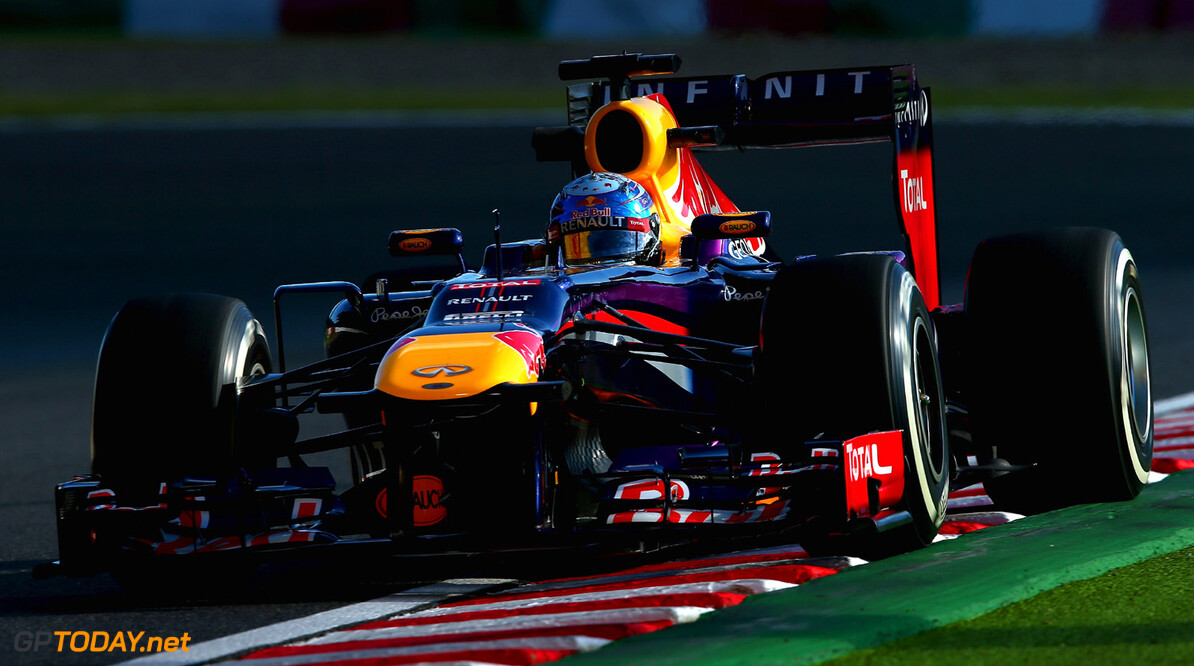 FP1: A familiar look with Vettel on top in India

The timesheets in India had a familiar look to them after first practice on Friday as Red Bull's Sebastian Vettel - the only man to have ever won at the New Delhi venue - set the quickest time.

The German, who can wrap up his fourth title this weekend, set a best time of 1m 26.683s to edge team mate Mark Webber who ended with 1m 26.871s. Mercedes' Nico Rosberg, who fought Vettel throughout once the dusty track had improved, lapped his F1 W04 in 1m 26.899s, with Lotus's Romain Grosjean coming in fourth on 1m 28.990s.

The other Mercedes of Lewis Hamilton completed the top five as the Briton battled with his car's handling to record 1m 27.227s.

Between the red cars, Sauber's Nico Hulkenberg lapped in 1m 27.770s for ninth, just ahead of Valtteri Bottas who gave Williams some encouragement by taking 10th with 1m 27.800s.

Paul di Resta sat out FP1 having felt under the weather yesterday, so Force India gave James Calado another outing. The rookie was 18th on 1m 29.197s after a lap that could have been closer to Sutil ended in a half spin at Turn 15.

Giedo van der Garde pushed his Caterham back up to 19th on 1m 29.413s after Jules Bianchi had for a while been ahead of both of the green cars in his Marussia. The Frenchman was still close with 1m 29.560s, however, as the second Caterham of Charles Pic on 1m 30.026s and the other Marussia of Max Chilton on 1m 30.471s brought up the rear. (Formula1.com)
F1 News Fernando Alonso Jenson Button Valtteri Bottas Felipe Massa Romain Grosjean Pastor Maldonado Daniel Ricciardo Lewis Hamilton Nico Rosberg Sebastian Vettel Sergio Perez Esteban Gutierrez Williams Force India McLaren Ferrari Lotus F1 Mercedes Sauber Marussia
<< Previous article Next article >>
.