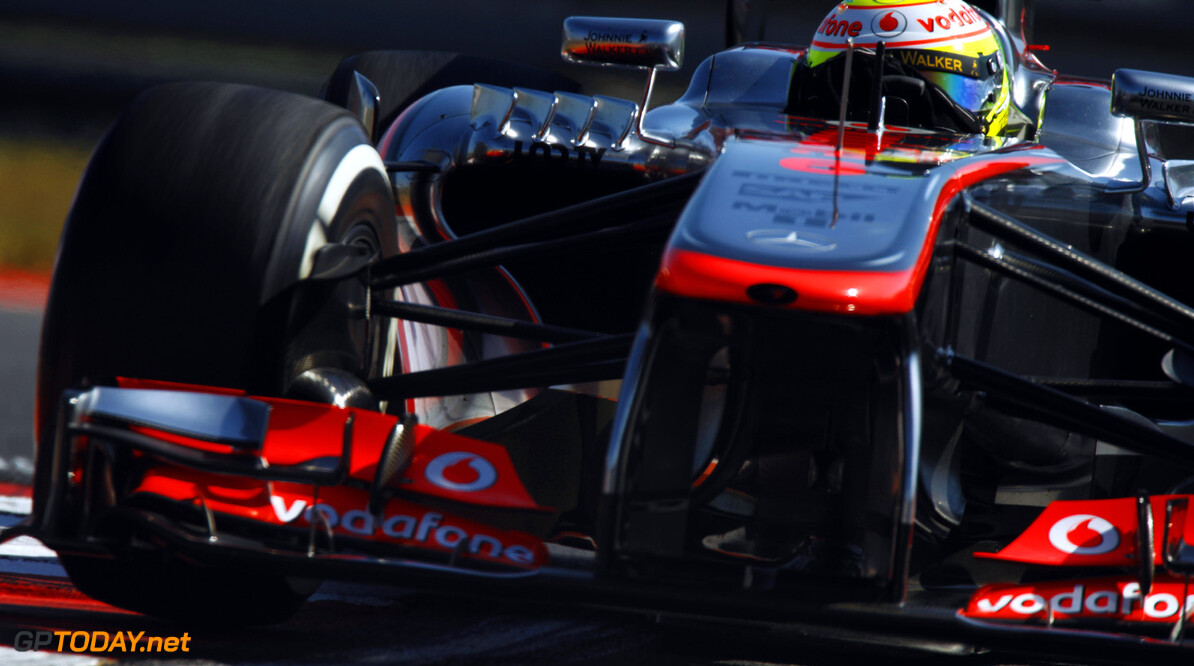 Perez has to prove McLaren he should be retained

McLaren might still be interested in signing Nico Hulkenberg for 2014. After Korea, where the German driver impressed at the wheel of his formerly-uncompetitive Sauber, it was rumoured he had now moved into pole position to replace the Ferrari-bound Kimi Raikkonen at Lotus next year.

Earlier, Hulkenberg was considered for the Ferrari seat, but the Italian team signed Kimi Raikkonen instead. It is believed Hulkenberg was also in the running at McLaren, where Sergio Perez's place beyond 2013 remains in doubt. It is believed the Mexican has been given until this weekend's Japanese grand prix to prove he should be retained.
More about McLaren


But quotes attributed to team boss Martin Whitmarsh in Korea suggested that the tall Hulkenberg, who stands at over six foot, would be too heavy for the 2014 McLaren. Lotus boss Eric Boullier, however, was quoted on Tuesday as insisting Hulkenberg's weight, which is reportedly 74kg, does not rule him out of a seat for next year.

Germany's Auto Motor und Sport has now quoted Whitmarsh as insisting that he never ruled Hulkenberg out either. "I only said that, next year, drivers would be hard pressed to be over 80 kilos. It's others who interpreted this to mean I was talking about Hulkenberg," said the McLaren boss. Auto Motor und Sport said Hulkenberg is in fact "not much bigger and heavier than Jenson Button".

Hulkenberg, meanwhile, has hinted that his size might also have contributed to Ferrari's decision not to sign him for 2014. "Of course I was disappointed," he is quoted by Speed Week, referring to the Italian team's decision to sign Raikkonen instead. "But I have just as little influence over my body size, which is god-given and therefore not worthy of even discussing," said Hulkenberg. (GMM)
F1 News Jenson Button Sergio Perez Ferrari Lotus F1 McLaren Sauber
<< Previous article Next article >>
.