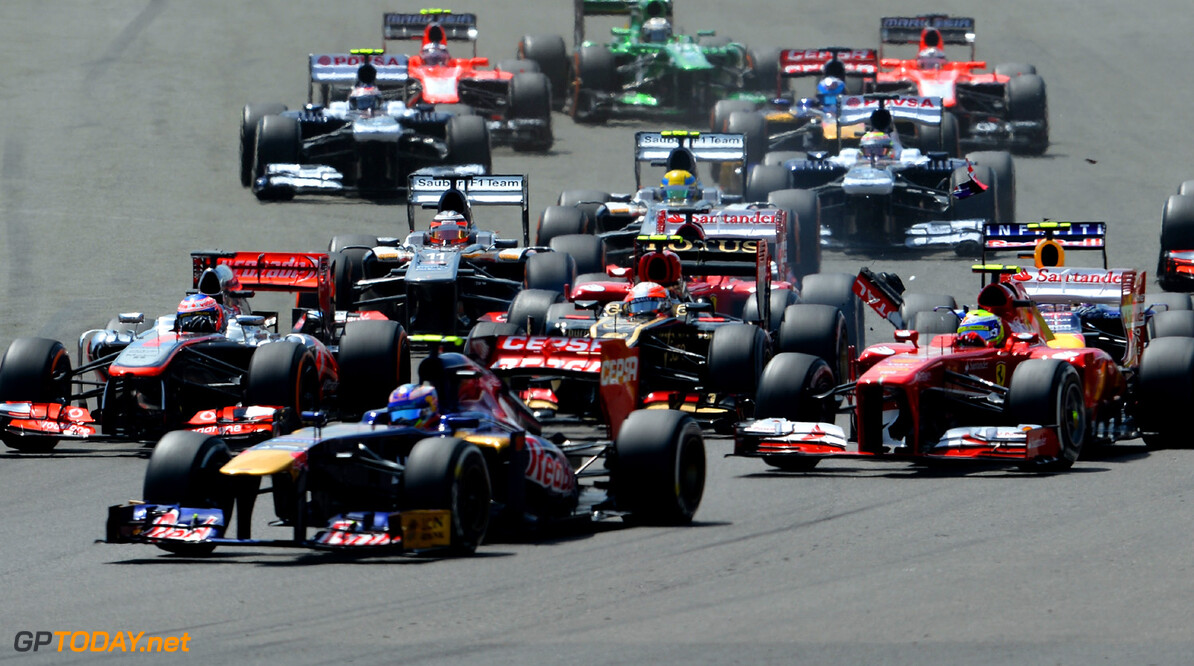 There remains an uneasy feeling in the Nurburgring paddock on Thursday, with memories of Sunday's chaotic and tyre-exploding Silverstone race still fresh. Pirelli and the FIA have reacted immediately to the worrying situation by ensuring teams will have new kevlar-belted rear tyres this weekend in Germany.

But the unease is about F1's tyre supplier having claimed the teams were effectively to blame for the failed tyres, by running low pressures, extreme cambers and fitting left-hand rears on the right of the car and vice versa. SID news agency on Thursday, however, quoted Mercedes boss Ross Brawn as saying the German team - whose Lewis Hamilton suffered one of the spectacular tyre failures in Britain - followed Pirelli's tyre-operating guidelines to the letter.

And Speed Week correspondent Mathias Brunner quoted an unnamed team manager as also doubting Pirelli's qualms about rear tyre swapping. "Mounting the tyres the wrong way around is nothing new," the team boss said, "and there have never really been any problems with it before. We have also always remained within acceptable limits with the tyre pressures," the source added.

Additionally, the problems also weren't uniform up and down pitlane, with Force India's Adrian Sutil telling IANS news agency on Thursday: "We did not experience any problem (at Silverstone) and hope for the same in the coming race." (GMM)
F1 News Lewis Hamilton Force India Pirelli Mercedes
<< Previous article Next article >>
.