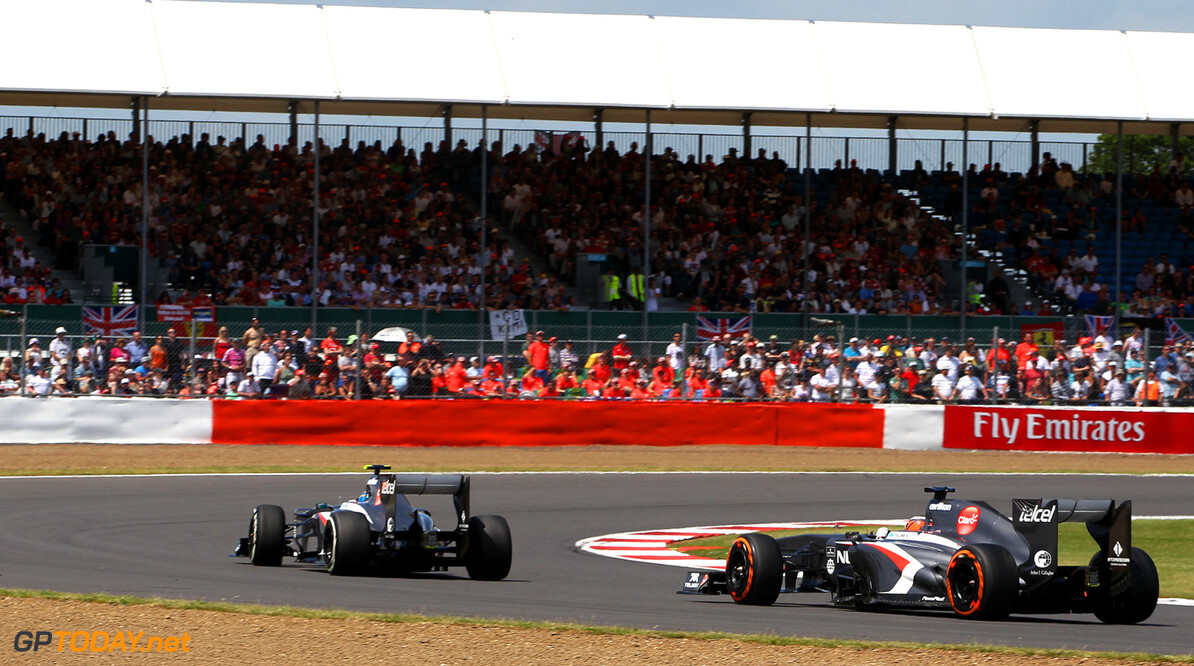 After an eventful race in Silverstone, the Sauber F1 Team makes its way east to the Nürburgring for the German Grand Prix, which takes place from 5th to 7th July. It will be a Formula One debut for both Sauber F1 Team drivers. Despite driving in his third season, Nico Hülkenberg is looking forward to finally driving a Formula One car around the track adjacent to the Nordschleife in front of a home crowd. Esteban Gutiérrez has fond memories of the track in the German Eifel and is looking forward to a good weekend.

Nico Hülkenberg (car number 11): "I know the Nürburgring very well. Since 2005 I have driven numerous races in several categories there, and, as far as I can remember, I won a race in every category there. I like the Eifel, and the Nürburgring is another traditional track with a lot of changes in altitude and good combinations, which makes it a lot of fun to drive. Of course, the fans will play a big part and I am looking forward to taking to the track in front of a home crowd. Although this is my third season, I have never raced at the Nürburgring in a Formula One car, so this is a first for me. Overall, however, I know what to expect. I guess, everything will be a bit faster and I might perceive things a little different, but I know the track well and I am looking forward to a nice weekend."

Esteban Gutiérrez (car number 12): "I used the days between the races in Silverstone and the Nürburgring to relax and do some good fitness training in order to recharge before the German GP. With back-to-back races there is less time to analyse the previous weekend and the focus changes pretty quickly, so you take the momentum and move on. On the other hand, back-to-back races are really nice, because you only have a couple of days until you are back in the car again. I have great memories of the Nürburgring. In 2009, I raced there for the first time in Formula 3, and had a podium with my former team mates Jules Bianchi and Valtteri Bottas. It's a traditional Track with a as the GP circuit is part of the famous Nordschleife and I enjoy it a lot. It's interesting to drive there with the fast corners, and the weather can be a challenge too. Its exciting to come to Germany and feel the racing atmosphere. There is not that much to do around the area, so its all about pure racing."

Tom McCullough, Head of Track Engineering: "The Nürburgring is one of the most technically challenging circuits for the drivers and engineers. There is a good mix of low, medium and high-speed corners with the added challenge of several sections requiring many set-up and driver compromises. There are also some off camber corners, which always make it harder to get the ideal set-up. Pirelli has selected the medium and soft compounds for our return to the Nürburgring. Located within the Eifel mountain range there is often a chance of poor weather which can often add another element to the mix. We take encouragement from our race pace in Silverstone, but it is clear we still have some work to do in order to qualify stronger. As we did in Silverstone our aim will be to add to our points tally."
F1 News Valtteri Bottas Nico Hülkenberg Pirelli Sauber
.