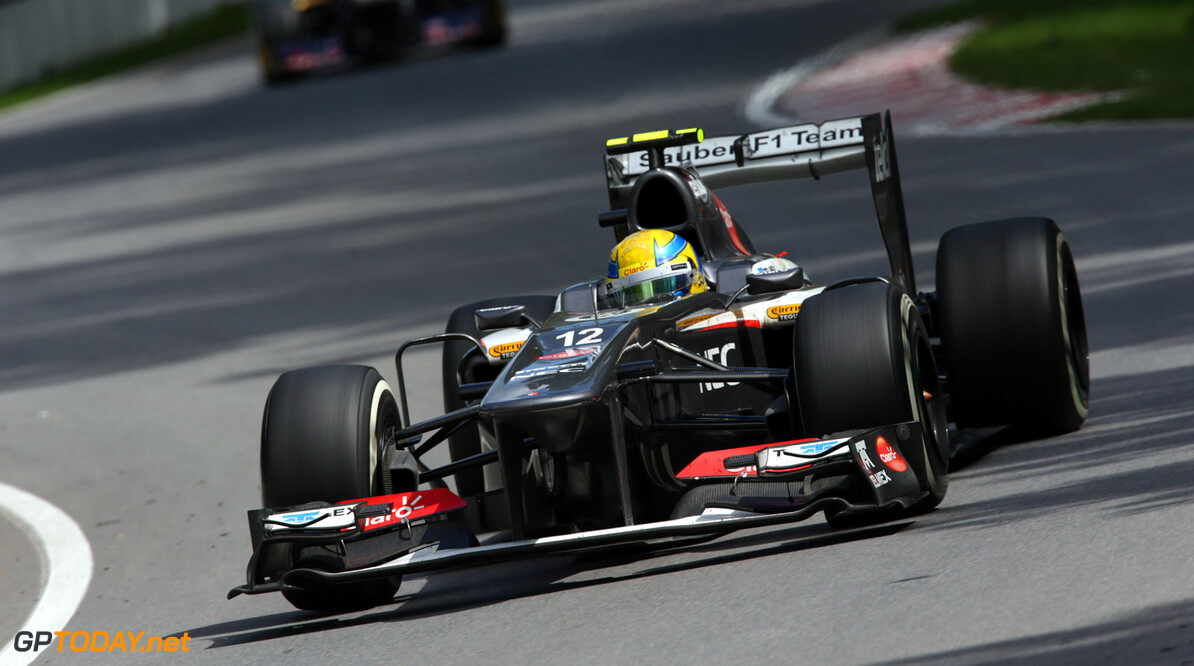 The Sauber F1 Team heads to Great Britain for the Santander British Grand Prix, which will take place from 28th to 30th of June. The home Grand Prix for many Formula One Teams, Silverstone is a circuit with a lot of history and tradition. Sauber F1 Team drivers, Nico Hülkenberg and Esteban Gutiérrez, both like the track and are looking forward to the weekend.

Nico Hülkenberg (car number 11): "The British Grand Prix has a lot of history and is the home Grand Prix for the English Formula One teams. For the fans it also holds a lot of tradition. Im comfortable with the track. I particularly like corners like Maggots, Becketts and Chapel, which require a lot of driving skill. They are a lot of fun in a Formula One car, because you can really feel the downforce. High downforce will be important, but also aerodynamic efficiency, because there are still a few straights. The track is challenging for every driver and, in addition, the weather can be tricky as well. So it should be an interesting weekend."

Esteban Gutiérrez (car number 12): "Silverstone is a traditional track. I've raced there in every year of my career and it's one of the circuits I like the most. The track has a lot of fast corners that you pass in split seconds. To feel the limit of the car at such high speed, for example in corners like Becketts, is something special. In GP3 Silverstone was the track where I scored the most points in one weekend, and I also have good memories of winning there in Formula BMW and GP2. Usually the weather presents a challenge there, so we can expect a bit of variety again."

Tom McCullough, Head of Track Engineering: "Silverstone is one of the most challenging circuits, with a bias towards high speed corners and relatively short straights compared to the more modern circuits. The layout favours high-speed stability and a good change of direction, whereas the demand on the braking system is low. The track is also quite bumpy in some areas so the ride performance is important too. The abrasive tarmac and high-speed nature of the circuit result in it being hard on the tyres. Therefore, Pirelli has selected the two hardest tyre compounds in its range - medium and hard. Historically, overtaking has not been easy, but this year there is an additional DRS zone on the Hangar straight, which should help create a few more opportunities. The weather often plays a significant role during the weekend, so this needs to be monitored at all times."
F1 News Nico Hülkenberg Pirelli Sauber
<< Previous article Next article >>
.