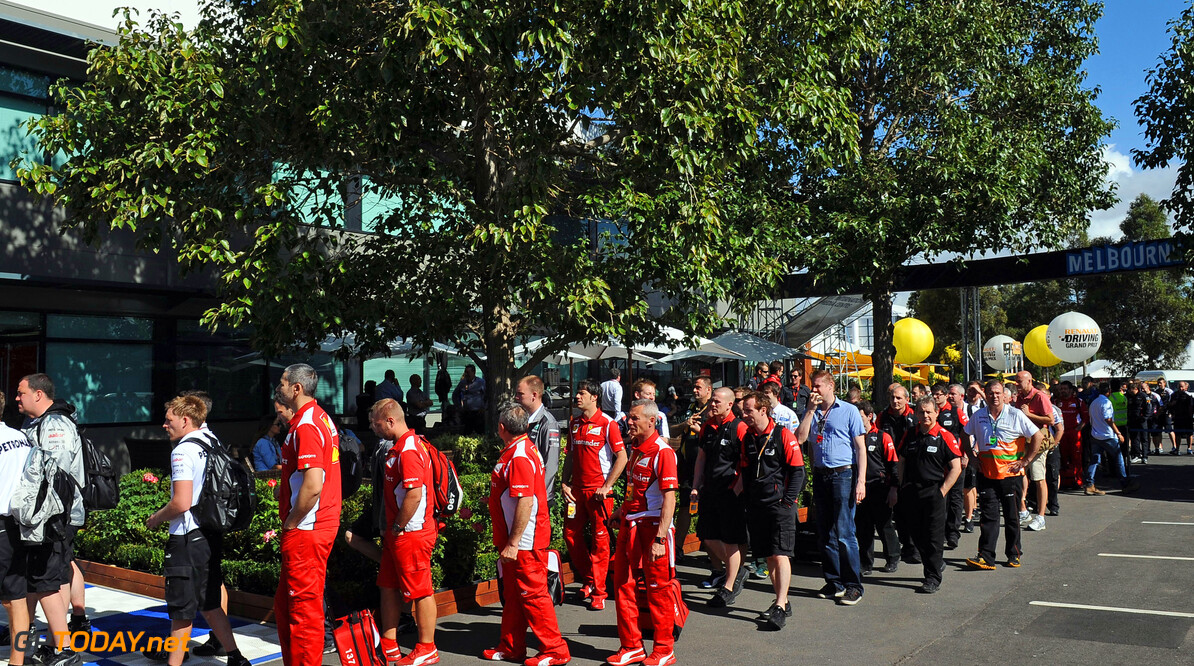 Teams can't wait to get started down under

Following a hard winter of testing and development, Formula One's eleven teams will finally get the chance to see if their new racers are winning cars in this weekends Australian Grand Prix.

"Every team will have to finally lay their cards on the table in qualifying on Saturday," said Toto Wolff of Mercedes AMG. "Only then can we have a first indication of where we stand in terms of performance. It may sound clichéd but our goal is simply to perform as well as possible."

Reigning champion Sebastian Vettel said all the teams will need time to 'get to know' the new tyres, but he was happy with the performance of the new Red Bull Racing during testing. "We haven't come across any big problems and the smaller ones have been dealt with straight away," he wrote on his website. "The RB9 has been so reliable that it's been a pleasure to drive. We learned a lot over the winter tests and we'll be bringing that new knowledge with us to Australia."

Meanwhile, McLaren's Jenson Button summed up the unpredictability of the season's opening round. "This year, I don't think any team really knows or understands the competitive order," he said. "It's been an extremely hard-to-read winter: varying fuel-loads and levels of tyre degradation mean that it's hard to accurately predict who'll arrive in Australia with the best-sorted car. But that's part of the game."

This time last year Ferrari were struggling after a poor run in pre-season testing, but technical director Nicolas Tombazis said they are in a much better position 12 months on. "This year, we have a well-defined development plan and we are reasonably sure that the new components tested on track have produced positive results," he said. "It's hardly surprising, but I think that apart from ourselves, the most competitive teams would appear to be Red Bull, McLaren, Lotus and Mercedes, even if how the hierarchy stands between us is still uncertain."

Lotus F1's Kimi Raikkonen finished a highly impressive third in last year's championship and he believes the team has overcome the gearbox troubles it suffered in pre-season testing. "We're all going racing and then well really see where were at," said Raikkonen. "I'm not really concerned about reliability or anything like that as it was the same problem which caused us the biggest problems in testing and were on top of that now. Of course we hope that we can perform better than last year, but let's see how it goes."

Williams' Valtteri Bottas will be one of the rookies in this year's field. He said: "I've always done a lot of fitness training and have driven a lot of miles over the past few years with the team, so I'm feeling fully prepared. The first Grand Prix of my career is a big thing for me and I can't wait for the lights to go out in Melbourne and see how the FW35 performs against the competition."

Meanwhile, the grid's smaller teams are also confident that they can improve their performances throughout 2012. Cyril Abiteboul, team principal of Caterham F1, said: "We have the facilities, we have the people and we have the infrastructure we need to take the next step forwards. We will do that in a calm, measured way, one that is grounded in a realistic view of the highly competitive world in which we operate."