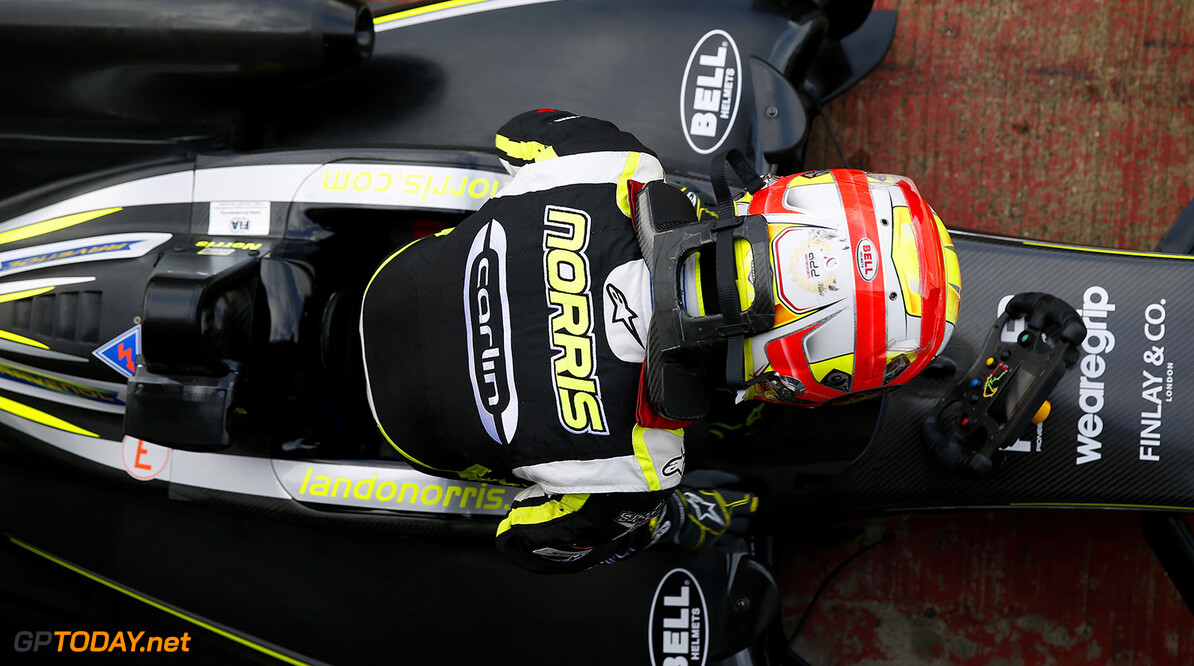 Lando Norris comes out on top at the Norisring

Lando Norris fought his way through from fourth on the grid to win his third race of the season. Norris had work to do after poleman Ralf Aron, Jake Hughes and Maxi Gunther all got cleanly away at the start. Norris started battling with Pedro Piquet, the two even bumping wheels at one point.

Ralf Aron managed to build up a one second lead ahead of teammate Hughes who was busy holding off Gunther. This allowed Norris to close in and bide his time in fourth for a podium position. This tactic ultimately worked as Gunther made an error locking up and had to run wide leaving space for Norris to go through into third position.

Next up was Hitech’s Hughes who put up a good fight but did not have the pace to match Norris. A few laps later, Norris had closed in on leader Aron who had up till now been driving perfectly, but now had to go on the defensive. With the number of laps left ticking down Norris tried to go around the outside of Turn 1 and stayed side by side with Aron until the next corner came along where Norris had the inside line and moved into first position.

Aron’s day got worse when he locked up and Hughes was able to pass him for second. He continued to drop down the order after damaging his front wing which upset the aerodynamics causing him to run wide and to fall to fifth.

Aron was not the only driver to have a damaged front wing as during the first part of the race Nikita Mazepin suffered damage and was shown the black and orange flag to come in and repair it. Mazepin was running in the points and the pit-stop subsequently dropped to the back of the pack where he stayed for the rest of the race.

Hughes managed to hold off Prema’s Gunther for second position meaning yesterday's winner still got on the podium, just in third. This will no doubt help him in the championship and staying close to Norris. The other two drivers in the championship battle, Callum Ilott and Joel Eriksson were fighting between each other for ninth and tenth with the Brit just coming ahead of Eriksson.

Fourth belonged to Jehan Daruvala who drove a clean race, fifth was pole man Aron followed by Piquet and his VAR teammate Harrison Newey. Eighth was Guanyu Zhuo with the aforementioned Ilott and Eriksson round out the final points positions.