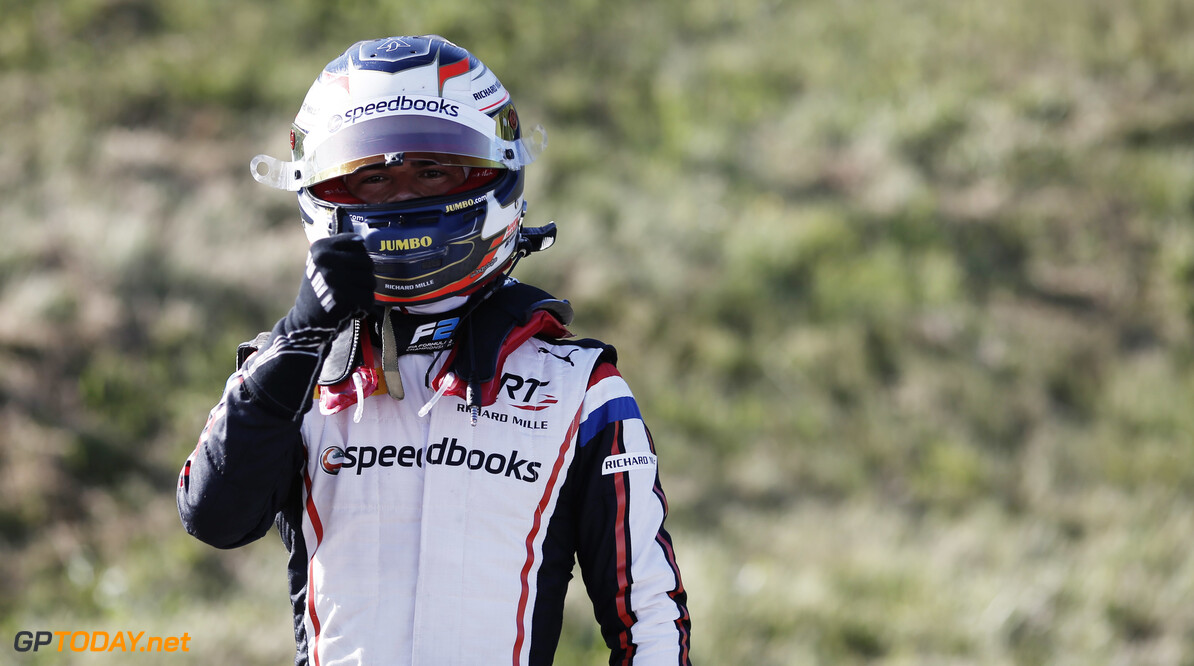 Nyck de Vries has taken pole position for the Formula 2 Feature Race after he topped this morning's practice session.

The Dutchman takes an extra four points to extend is lead in the championship, as his rivals Luca Ghiotto and Nicholas Latifi couldn't pull a lap together to challenge for the top spot.

The aforementioned duo will start in second and third respectively, with Ghiotto's lap just over two-tenths down on de Vries.

Mick Schumacher matched his best ever qualifying result, with his fastest time good enough for fourth place - almost one second down on de Vries.

Louis Deletraz was fifth for Carlin, heading the British pair of Callum Ilott and Jack Aitken, who won the Sprint Race at Silverstone last time out.

Nobuharu Matsushita was eighth after originally struggling in the early part of the session, leading Anthoine Hubert and Guanyu Zhou who rounded out the top ten.

The wet conditions are not expected to stick around all weekend at the Hungaroring, however there is a possibility that tomorrow morning's Feature Race could be wet.