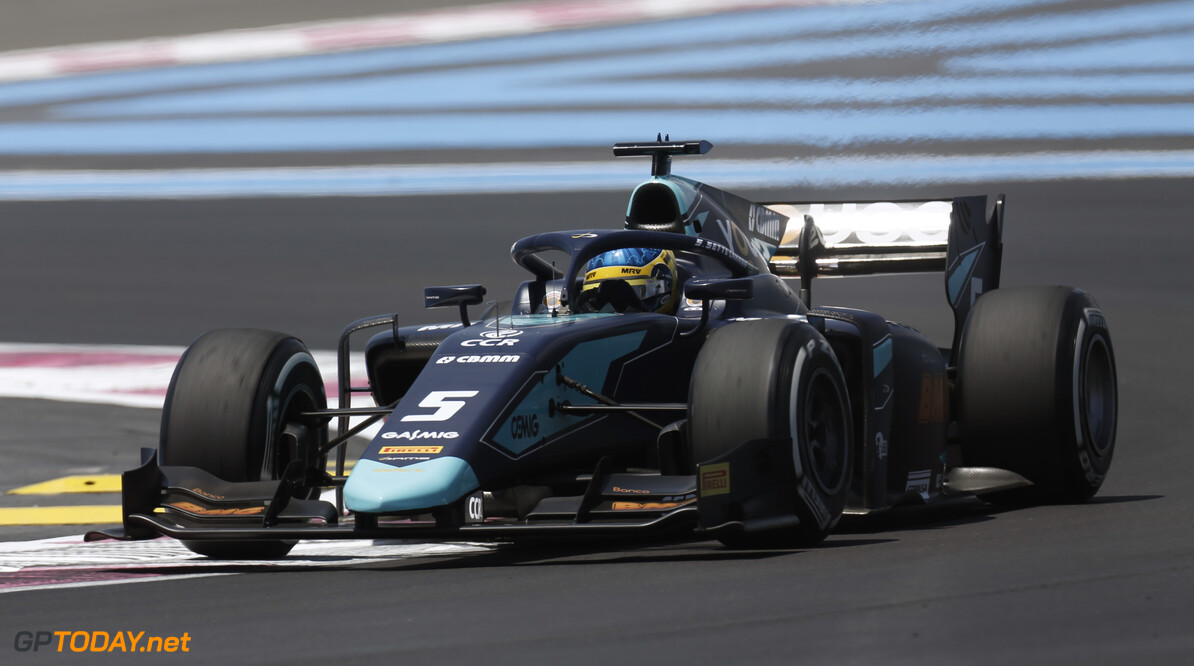 Sergio Sette Camara has claimed pole position for the Formula 2 feature race, which saw two red flags at the start and toward the end of the session.

The first red flag came when Giuliano Alesi and Louis Deletraz came together on the first warm-up laps of the session, which put Alesi out of the session.

As the cars returned to the pit lane after the yellow flags were deployed, Nikita Mazepin emitted a cloud of smoke in the pit lane as his engine gave up.

Another red flag was deployed when Ralph Boschung stopped on the circuit before the Mistral Straight, putting him out of running towards the end.

Sette Camara's fastest lap read a 1:43.024, and he was trying to approve on the time when he spun in the final sector, destroying his lap. However, it didn't matter as his rivals didn't have enough to displace him.

Guanyu Zhou was the closest challenger to Sette Camara, as on his last lap, the Chinese driver leaped up into second place, knocking Jack Aitken off a front row start.

The Renault reserve driver had to settle for third and will share the second row with ART driver Nyck de Vries for Saturday's race.

Callum Ilott, who has been building in confidence recently, managed the fifth fast time after struggling earlier in the session while pushing.

Championship leader Nicholas Latifi was sixth, ahead of Carlin's Nobuharu Matsushita and the Prema of Mick Schumacher in seventh and eighth respectively.

Schumacher's teammate Sean Gelael rounded out the top ten, trailing Dorian Boccoalcci by less than a tenth of a second. The gap between Schumacher and Matsushita read just 0.005s.

As they were in practice MP Motorsport and BWT Arden were the slowest of the timed runners, with Tatiana Calderon heading Mahaveer Raghunathan for the second last row.

As they didn't set timed laps, Alesi and Mazepin will line up in 19th and 20th for the start of the race on Saturday.