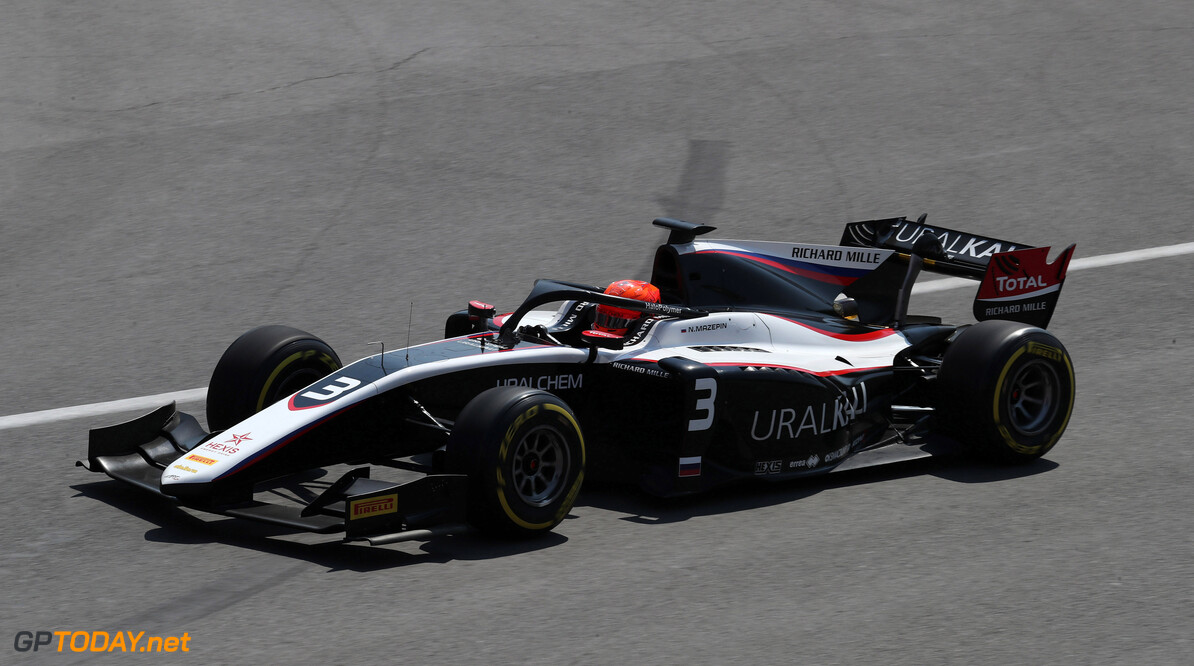 Mazepin to start on Baku F2 pole after Ghiotto penalty

Nikita Mazepin will start the Formula 2 sprint race in Azerbaijan from pole position after Luca Ghiotto was handed a penalty. Ghiotto collided with McLaren's junior driver, Sergio Sette Camara during the feature race on Saturday.

On the 21st lap with just five laps of the race remaining, Ghiotto hit the rear of Sette Camara as the field was backed up by eventual winner Jack Aitkin at a safety car restart. During this aborted race start, Carlin's Louis Deletraz also crashed out.

The sprint race in Formula 2 uses what is known as a 'reverse grid', meaning that the driver who finishes in eighth place in the feature race will start on pole. Ghiotto took eighth place on the penultimate lap of the race from Red Bull junior and Prema driver, Sean Gelael.

Ghiotto will start the race from ninth. "It was determined that Ghiotto had failed to maintain position behind Sette Camara prior to the restart," read an F2 statement.

Sette Camara said that the incident happened as they were both warming their tyres up before the restart.

"While I was weaving and looking for the leader and everything, my rear wheel touched the front wheel of Luca," he told Autosport.

"The guy behind has to control the situation as he has the view.

"I don't know if he was looking at his mirror or dash, or if he braked too late, but the contact happened and it was very bad for me. Luca is a clean guy, not a dirty driver, but if you make a mistake, sometimes if the mistake costs the others too much you still have to have a punishment for it."