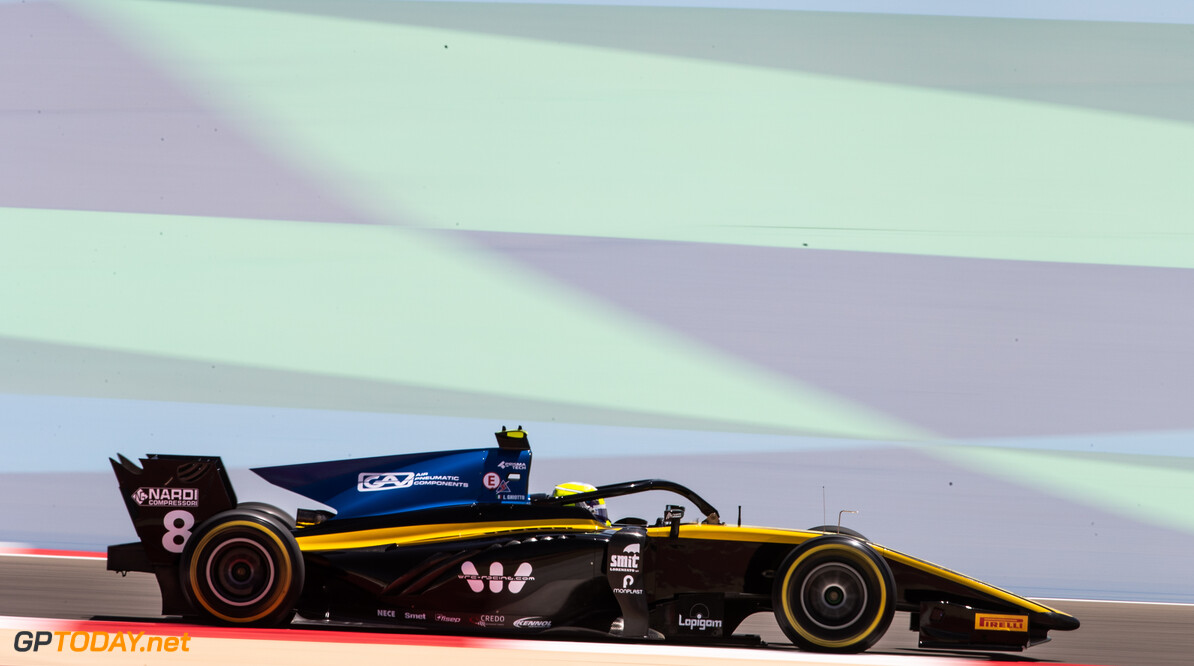 Luca Ghiotto has taken the first pole position of the Formula 2 season, beating Louis Deletraz to the top spot.

It marks Uni-Virtuosi's first pole position in its first F2 event, as it took over the Russian Time team at the end of 2018.

Ghiotto becomes the first championship leader of the year, securing the four points that are on offer for pole position. The Italian's fastest lap time was a 1:40.504, three-tenths quicker the Deletraz.

Ghiotto and Deletraz set their laps late on in the session, while others opted to do so early to secure a lap free of traffic.

Nicholas Latifi looked on course to take the pole spot, but ended up being bumped down to fourth as Nyck de Vries also improved to slot into P3.

Jack Aitken was fifth, as he too was one of the drivers that chose to go for his fastest lap with some time remaining in the session.

On his return to F2, Nobuharu Matsushita was sixth, ahead of Sean Gelael. Sergio Sette Camara struggled throughout the session with oversteer, but managed to clock the eighth fastest time.

Ralph Boschung was P9, while Mick Schumacher rounded out the top ten.

There was a delay during the session as Callum Ilott brought out a red flag. The Briton spun on the kerb on the exit of Turn 7 and ended up in the barriers.

Despite crashing, he was quicker than Tatiana Calderon and Mahaveer Raghunathan, who ended the session in 19th and 20th respectively. ​​​​​​