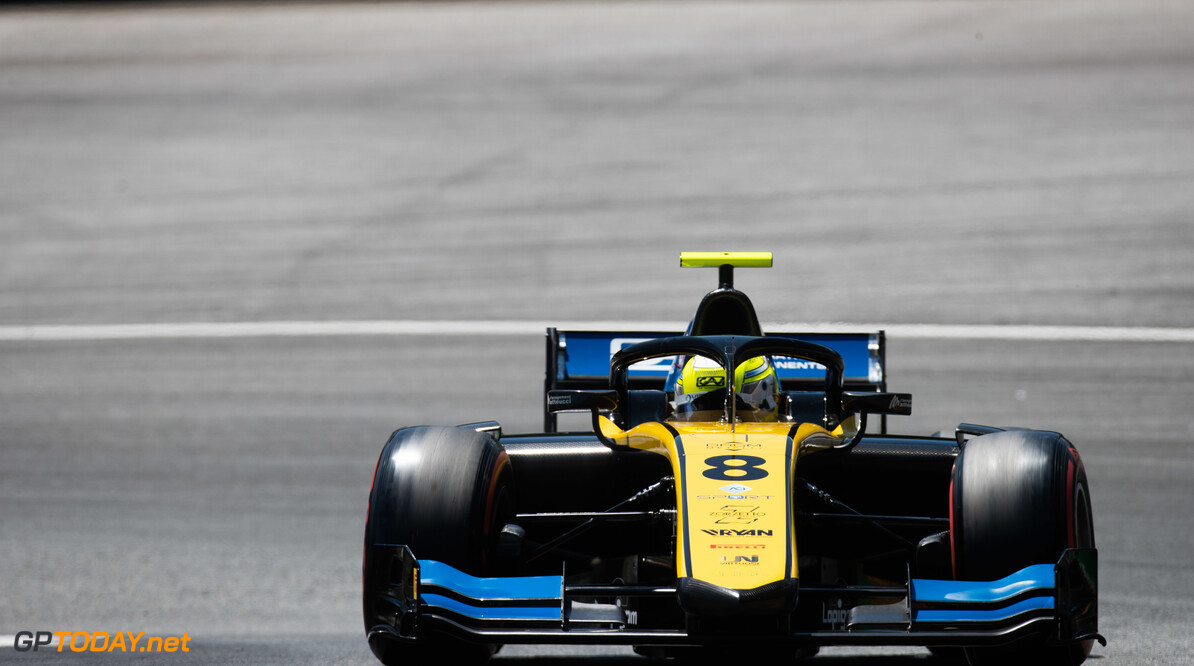 Luca Ghiotto ended the Formula 2 practice session from Silverstone on top, as he edged out Nicholas Latifi by just over one-tenth of a second.

Ghiotto is no stranger to topping practice sessions this year, but will be looking to continue the momentum this weekend and build on his one race win so far, which came at the opening round in Bahrain.

Ghiotto's rookie teammate Guanyu Zhou was third, half a tenth down on Latifi ahead, while Campos' Jack Aitken was fourth.

Only minutes after the session got underway did two drivers come together, as Sean Gelael and Louis Deletraz came together.

The pair made contact at Turn 6, as Gelael was on a fast lap and attempting to pass Deletraz. The stewards confirmed that they would look into the incident.

Sergio Sette Camara ended the session in fifth, while Nyck de Vries was the only ART inside the top ten.

The second Campos of Arjun Maini, who made his first start of the year last time out in Austria, was seventh. Despite his collision with Gelael, Deletraz returned to the circuit to set the eighth fastest time.

Many drivers struggled for grip during the session, as Anthoine Hubert had a big moment coming through the Maggotts corner, but managed to hold the car.

Mick Schumacher also had a half spin at the exit of Turn 6 right at the end of the session, but kept the car out of danger, finishing up in 11th.