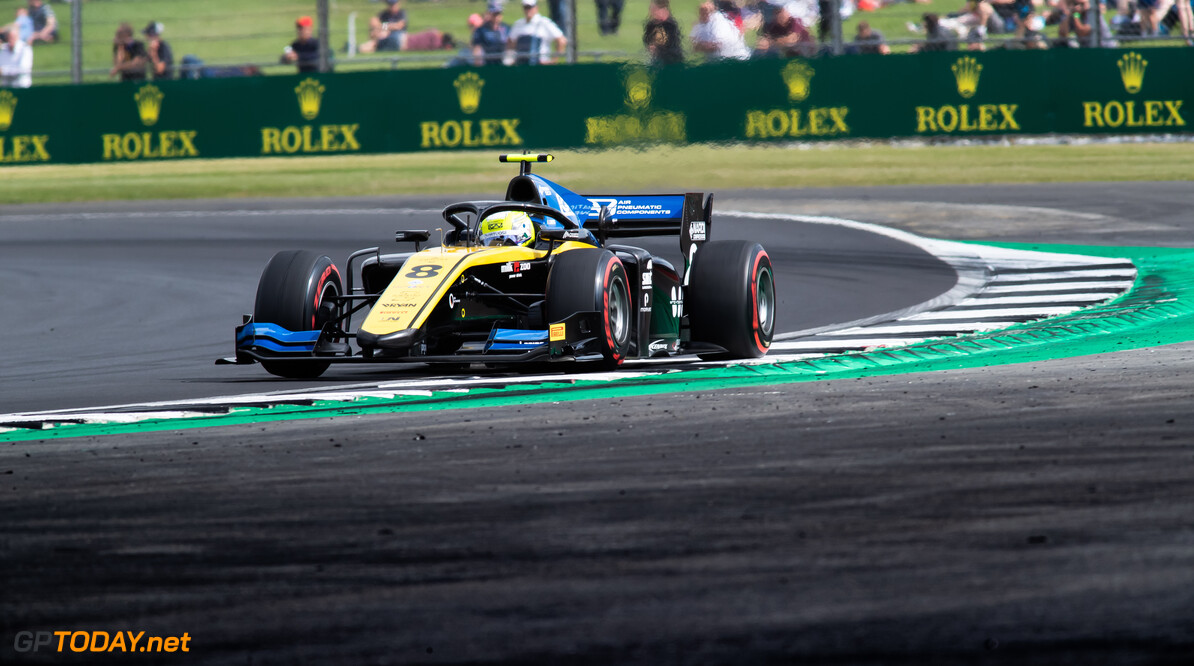 Luca Ghiotto has won his second race of the 2019 Formula 2 season, coming out on top after a titanic battle with Nicholas Latifi.

Ghiotto started the race from second on the grid alongside his UNI-Virtuosi teammate of Guanyu Zhou, who took his first career F2 pole position on Friday.

However, it was Ghiotto who got the better start and overtook Zhou off the line. Zhou slotted into second place and behind him came the DAMS car of Nicholas Latifi.

Zhou and Latifi pitted on lap 7, while Ghiotto stayed out in front. A better stop for Latifi saw him emerge in front of Zhou, while on the next lap, race leader Ghiotto came in.

When he rejoined, the Italian was only narrowly in front of Latifi, and the two were engaged in a tight battle which saw them make nose to rear contact on the run into the Maggotts and Becketts sequence.

On lap 9, Ghiotto locked up at the penultimate corner which saw him concede his lead to Latifi. However, Ghiotto stuck close and three laps later, got back past for the lead, and didn't look back.

Behind them, Zhou and Sergio Sette Camara were engaged in a battle for the final spot on the podium towards the end of the 29 laps, however Zhou held on to take his third podium of the year.

Jack Aitken made his way past Nyck de Vries on lap 26 for fifth spot, with the local racer taking his best result since the weekend at the Circuit Paul Ricard in France.

With Latifi finishing in second and de Vries having a poor race to cross the line in sixth, the Dutchman has seen his championship lead diminish, as the series moves into the second half of the season.