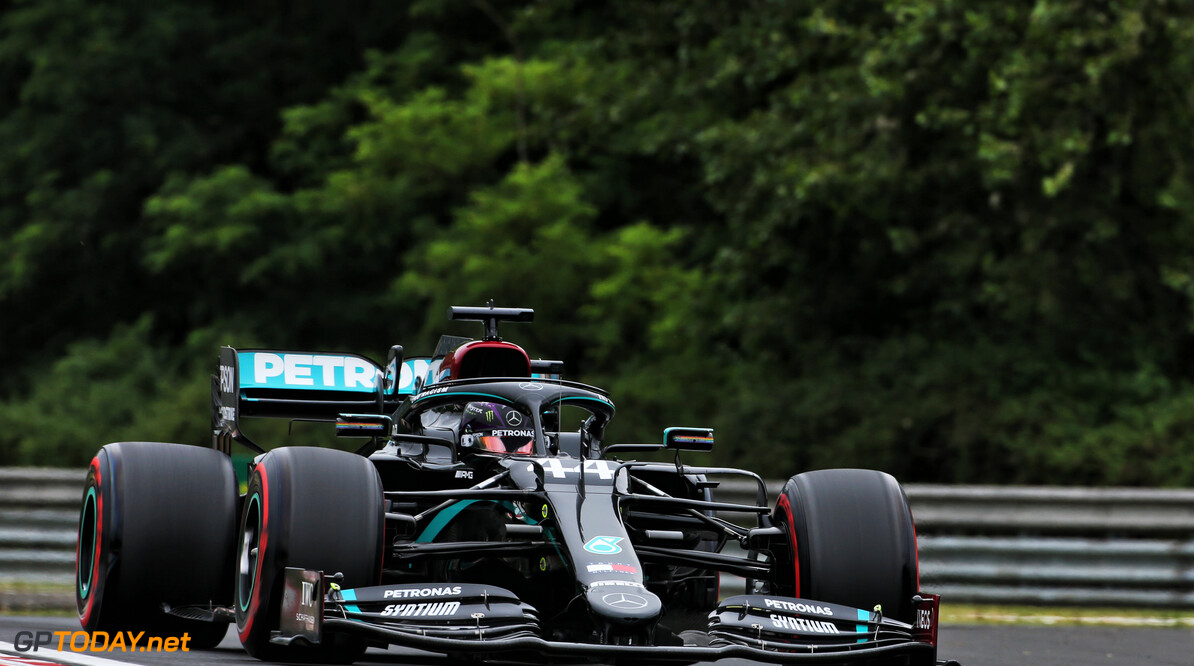 Lewis Hamilton has topped the opening practice session at the Hungaroring, leading his Mercedes teammate Valtteri Bottas by 0.086s.

The car that has been dubbed the 'the pink Mercedes' due to its similarities with the 2019 Mercedes W10 finished as the second-fastest car in the session, with Sergio Perez and Lance Stroll finishing in third and fourth respectively. The team will be hoping for a better weekend as they failed to extract the potential of the car at the Red Bull Ring double-header.

Daniel Ricciardo put in a good lap time to be 1.2s behind Hamilton in fifth place, with the Australian also hoping for a better weekend than last time out. He collided with Stroll on the penultimate lap of the race and has since spoken about the incident, insisting that he believes Stroll should have received a penalty.

Perez is facing pressure from the outgoing Ferrari driver Sebastian Vettel for his seat at the team who will become Aston Martin in 2021, and it was the Scuderia who were next up on the timesheets. The German driver lead Charles Leclerc for the pair to take sixth and seventh from the session, an encouraging result given how much the team struggled in Austria.

Max Verstappen was the leading Red Bull driver, finishing the session down in eighth place. Usually, you would expect the tight and twisty nature of the Hungaroring to play into the hands of Red Bull, but they seemed to be off the pace. His teammate Alex Albon was way down the order in thirteenth, with the pair both around 1.5s off the Mercedes duo.

One of the star drivers so far this season, Lando Norris, ended the session just a tenth back on Verstappen in ninth. The Brit will be hoping for more of the same in Hungary after finishing in the top five in every race so far this season.

The other Renault of Esteban Ocon rounded out the top ten, closely followed by Carlos Sainz in his McLaren. Nicholas Latifi had a good session for Williams to finish in fifteenth and it was Robert Kubica in the Alfa Romeo who propped up the timesheets.

Pierre Gasly could not compete in the session due to a power unit issue, with Honda stating:  “We’ve seen an anomaly on the data of Pierre’s [power unit] and we need to carry out physical checks which will take some time.” The Frenchman will be hoping to catch up on the lost time in FP2 this afternoon.