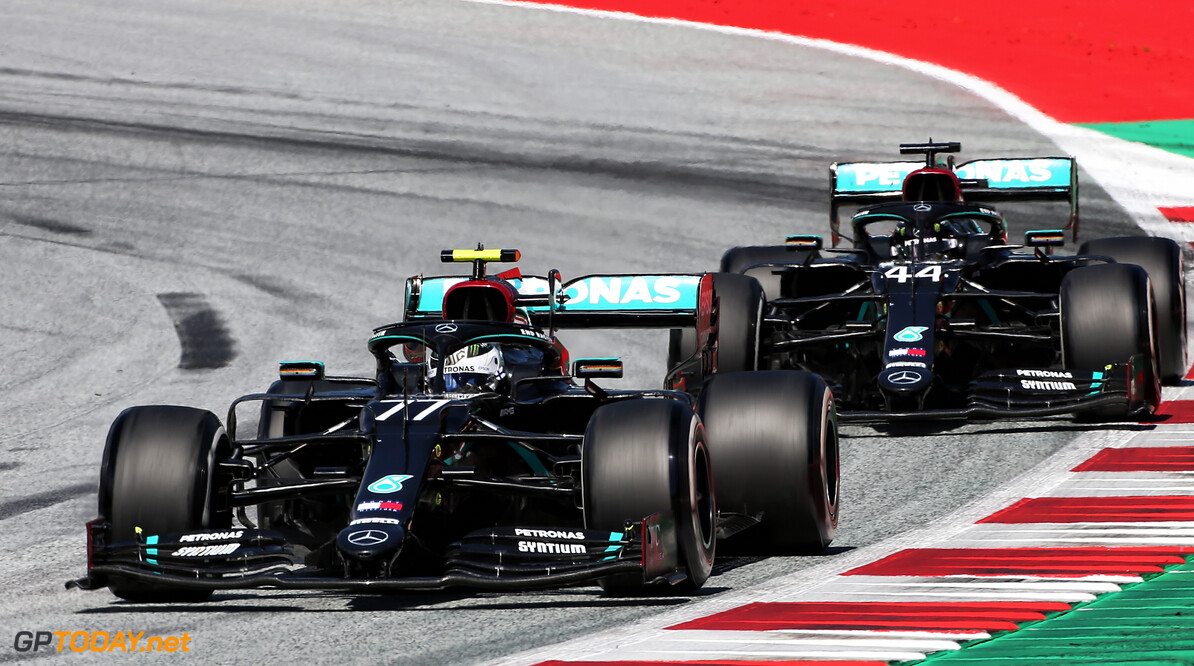 Valtteri Bottas has won the Austrian Grand Prix, which saw just 11 drivers take the chequered flag at the end of the race.

Lewis Hamilton crossed the line second place, however a time penalty for a collision with Alexander Albon dropped him to fourth, promoting Charles Leclerc and Lando Norris to second and third respectively.

For much of the race, Mercedes had to manage gearbox sensor issues despite pulling a gap to the rest of the field in the early stages.

Max Verstappen was the first driver to retire with mechanical issues while running in second place, promoting Hamilton into second place after the Briton made up time following his grid penalty.

With Albon running in third, the Mercedes duo pulled out a gap but were soon told to stay off the kerbs, with the pit wall reporting critical problems on both cars.

Magnussen fault appeared to come from his brakes, and with his car stopped on the run-off area at Turn 3, race control opted to deploy a safety car to recover the car.

The field took the safety car opportunity to dive into the pits and change tyres, with Sergio Perez switching onto the medium compound.

Ferrari's weekend got worse as Sebastian Vettel made contact with Carlos Sainz on lap 31, sending the German into a spin and demoting him to the rear of the field. On his fresh medium tyres, Perez passed Norris for P4, but couldn't bridge the gap to Albon in third.

A second safety car was called after George Russell and Romain Grosjean retired within moments of each other with car problems. Due to Russell's parking position, race control called the safety car.

Both Mercedes drivers and Sergio Perez opted to stay out, while Alexander Albon dived into the pits for a fresh set of soft tyres, putting himself in contention for the race lead.

On the safety car restart, Albon managed to pass Perez at Turn 3 right as a third safety car was called following a stoppage for Kimi Raikkonen's, whose front right wheel detached from his career on the restart.

Following the third restart, Albon attacked Hamilton at Turn 4 around the outside but was spun around and demoted to the rear of the field. Albon would later retire from the race with a mechanical issue, and Hamilton was issued a time penalty, which cost him a podium finish at the chequered.

As the laps began to wind down, Charles Leclerc made his way past Norris and Perez, with the latter awarded a five-second time penalty for speeding in the pit lane.

Norris began to push and made his way past Perez, and on the final lap of the race, claimed the fastest lap which ensured he finished within five second of Hamilton, promoting him to third place.

With Hamilton fourth, Sainz was fifth in the second McLaren while Perez ended up sixth after his penalty was applied.

Pierre Gasly scored points for AlphaTauri, however his teammate Daniil Kvyat suffered a problem with the left rear of his car in the final laps, forcing him to retire.

On his return to F1, Esteban Ocon was eighth for Renault, heading Antonio Giovinazzi and Sebastian Vettel who recovered from his spin to take home a point for Ferrari. Nicholas Latifi was the only finisher outside of the top ten, capping off his debut in F1.