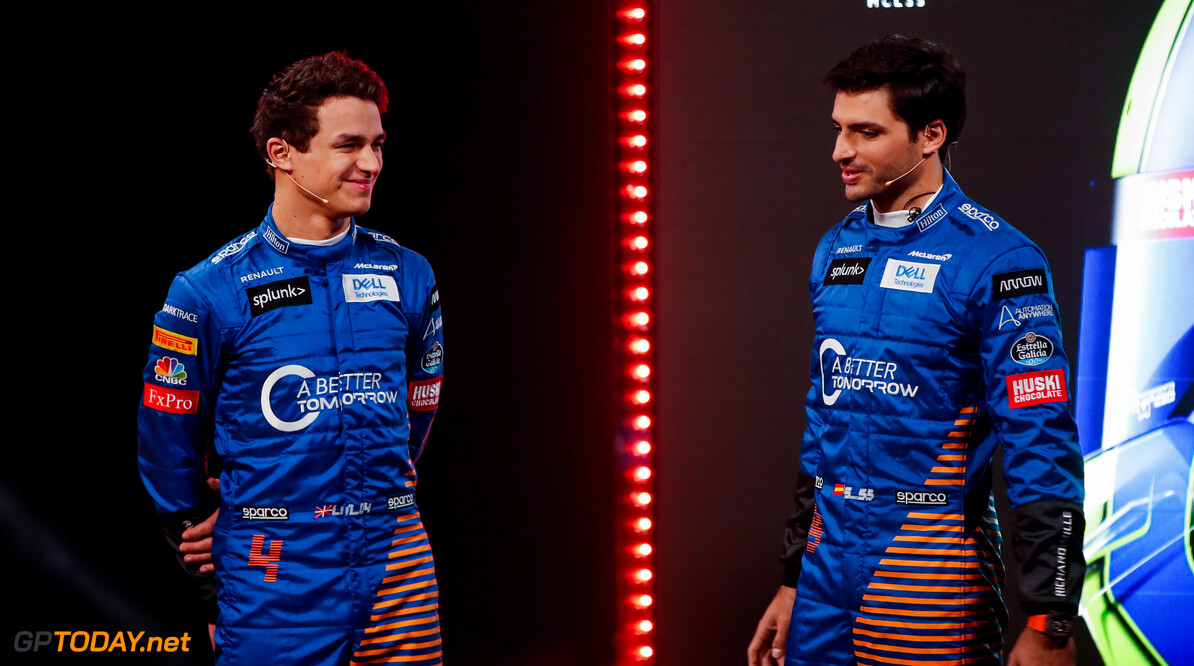 Ahead of the start of the 2020 Formula 1 season next month, McLaren's Carlos Sainz and Lando Norris are at Silverstone, testing Formula 3 cars with Carlin.

Many F1 teams are taking part in track days as the new season draws nearer, as they get back into a rhythm and practice new safety protocols implemented amid the ongoing coronavirus pandemic.

Renault concluded a two-day test at the Red Bull Ring on Wednesday, while Mercedes was at Silverstone last week - both teams ran with their 2018 cars, as the regulations stipulate a car that's at least two years old must be used when testing outside of official F1 sessions.

Racing Point however, used one of its two filming days to clock some mileage in the 2020 RP20 with Lance Stroll behind the wheel at Silverstone on Wednesday.

McLaren is unable to use its car from 2018 due to its ties at Honda at the time, who now supply engines to Red Bull and AlphaTauri, while McLaren runs Renault power.

Despite the restrictions, Sainz and Norris have managed to go testing in F3 cars run by Carlin at a very wet Silverstone Circuit on Thursday.

McLaren is aiming to retain its position as the leading midfield team this year, having ended the 2019 campaign in fourth place.

Carlos Sainz will leave the Woking-based squad at the end of the year to join Ferrari, with Daniel Ricciardo stepping in his place for the 2021 season.

Back doing that thing I do ⛈ pic.twitter.com/jlXhGR6LmY