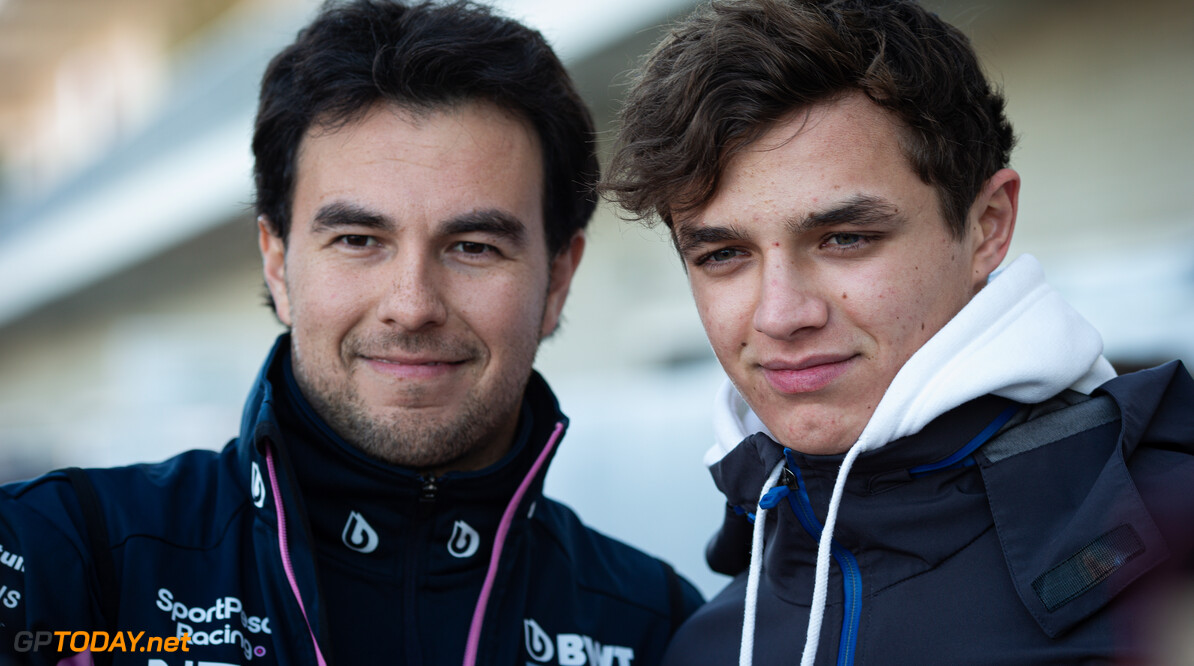 Perez: Great to fight with 'fair' drivers like Norris

Sergio Perez says it's "great to fight" with drivers like Lando Norris following their battle at the end of the Abu Dhabi Grand Prix last weekend.

Perez made his way past Norris late on in the race for seventh place, claiming the 'best of the rest' spot for himself after making his one and only pit stop of the grand prix on lap 37.

Switching onto the hard compound, Perez carved his way into the points to claim his sixth top-ten result in a row.

However, his race wasn't easy after he made contact with Pierre Gasly on the opening lap, while his ability to attack was limited due to a DRS outage.

"The first part was very messy," Perez said of his race. "I got a big hit from Gasly which made me lose a position to Magnussen and then, in the beginning, the DRS was not working so I spent a lot of time behind him and lost a lot of track time.

"Then it was a matter of being patient and letting the front runners pit and when we had some free air to push."

Perez described the overtake on Norris around the outside of Turn 11 as one of the best of his career.

"We had a very intelligent race, pushing when we needed to and then the last move on Lando was one of the best in my career," he said. "Into turn 11 he dived on the inside, I went on the outside.

"Also, it's great for him. He is very young and I think he is very aggressive but fair and it is great to fight with drivers like him, because you know it's always going to be very close but very fair and you know there will be no contact.

"It was good racing there on the last lap. I don't know how entertainment was at the front but in the midfield there was a lot of racing. It's a shame they don't show the midfield where there is the entertainment."