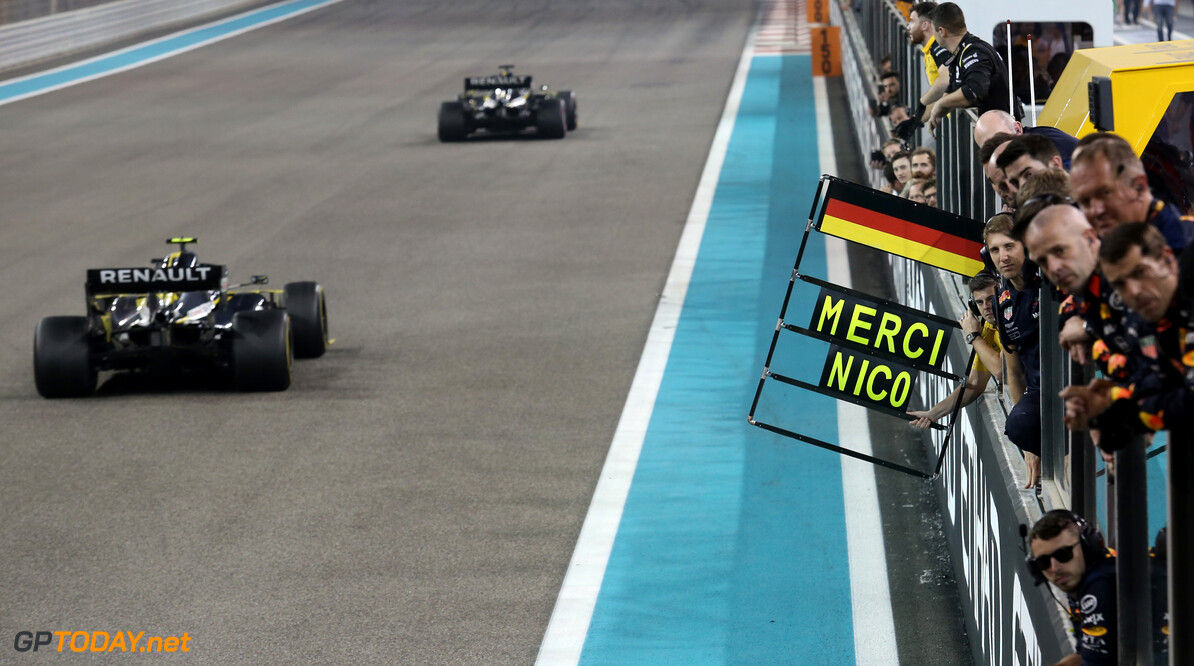 Hulkenberg 'relieved' his 'tense and strange' 2019 season is over

Nico Hulkenberg admits that he's 'relieved' that his season is over following months of inquiries about his future.

The German will not race on the Formula 1 grid next year, as his seat at Renault is being taken over by Esteban Ocon who returns to the sport after a year on the sidelines.

It is unclear what the future holds for Hulkenberg, and if he will make a comeback to F1 in the future following eight years in the sport.

The 32-year-old described the last few months as "tense and strange", as he was continuously being quizzed about his fate.

"I'm feeling good. Kind of revealed that it's all over, Hulkenberg admitted. "You know when everybody keeps talking about it and you keep answering those questions and comments. It's tense and a strange feeling."

In Abu Dhabi, Hulkenberg was in the hunt for points but missed out after being overtaken by Sergio Perez and Daniil Kvyat in the last handful of laps.

Hulkenberg started the race on soft tyres and switched to mediums on lap 18, which he took to the end of the grand prix.

Hulkenberg affirmed that he "threw everything" at his race but admitted disappointment over not scoring a point for Renault in his last race for it.

"I am happy that I did a good race and I threw everything at it," he said. "It's a shame not to get that point in the end. The one-stop was hard to hang on to and in the end, it dropped off.

"It's a hell of an environment to grow up in as a young adult. Made some good friends and memories and I will look back at it with a smile on my face."