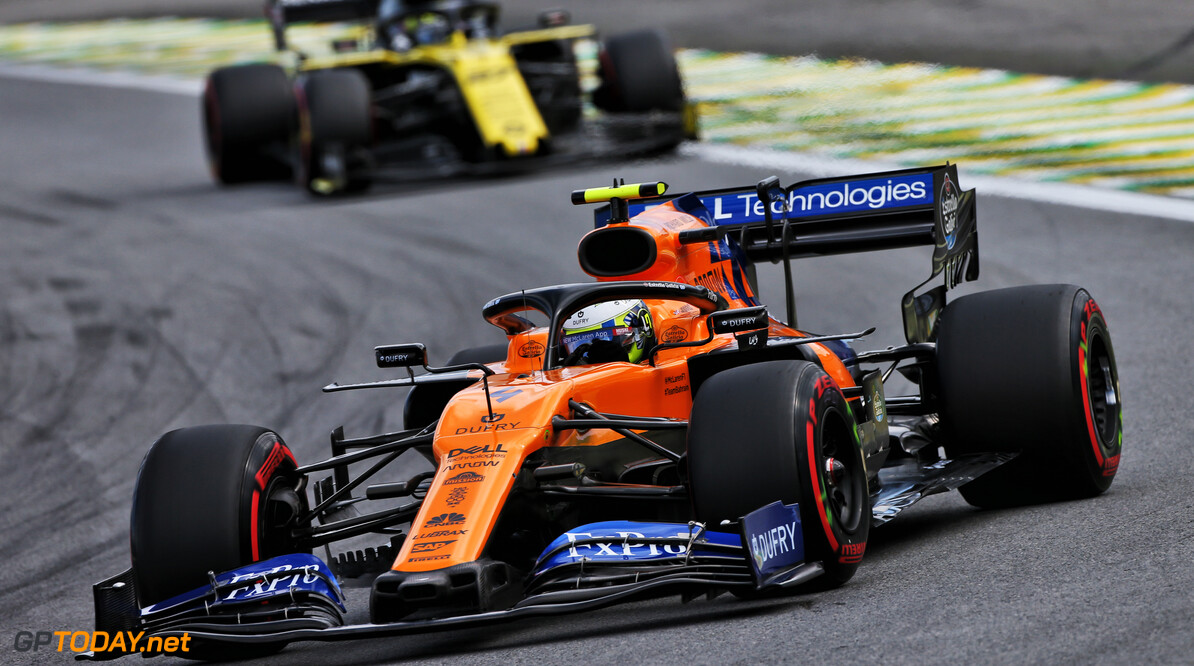 Norris frustrated after Brazil: 'I was just slow'

Lando Norris has admitted disappointment over his race in Brazil, stating that he was simply "slow".

The McLaren driver crossed the line in eighth place, while teammate Carlos Sainz went from the back of the grid to P4 - which eventually turned into P3 due to a penalty for Lewis Hamilton.

Norris moved aside for Sainz in the second half of the race and didn't fight his teammate for position, which received praise from the team after the race.

"What you did with Carlos was massively helpful to Carlos' result as well, and that's noted from us all here," Norris' race engineer Will Joseph said over the radio post-race.

"Yeah but I don't do it out of choice," Norris responded. "I do it because I'm fucking slow."

On lap 27 of the race, Norris made his first pit stop, swapping the soft compound for the hard tyre.

Norris would pit later in the race when a safety car was deployed for Valtteri Bottas, who parked at the side of the road after suffering a problem with his engine.

The 20-year-old stated that his biggest problem during the race was getting the hard compound to work, as his opening and final stints were strong.

"The first and final stints were good," Norris said of his race. "We had good pace, I think it was just hard for overtaking. Especially when you were in a DRS train, it was very tough.

"We are not the quickest on the straight either, so that made it doubly hard. But our biggest problem today was on the second stint when I boxed onto the hard tyres.

Norris added that his race outcome could've been either "better or worse" following the disorder that took place in the final laps, which saw a number of cars come into contact.

"From what I felt like what I could do it was a reasonable job but the middle stint was so painful that I just didn't have the pace. I wanted to go forward to overtake but I just went backwards. It's just something I need to look into for next time."