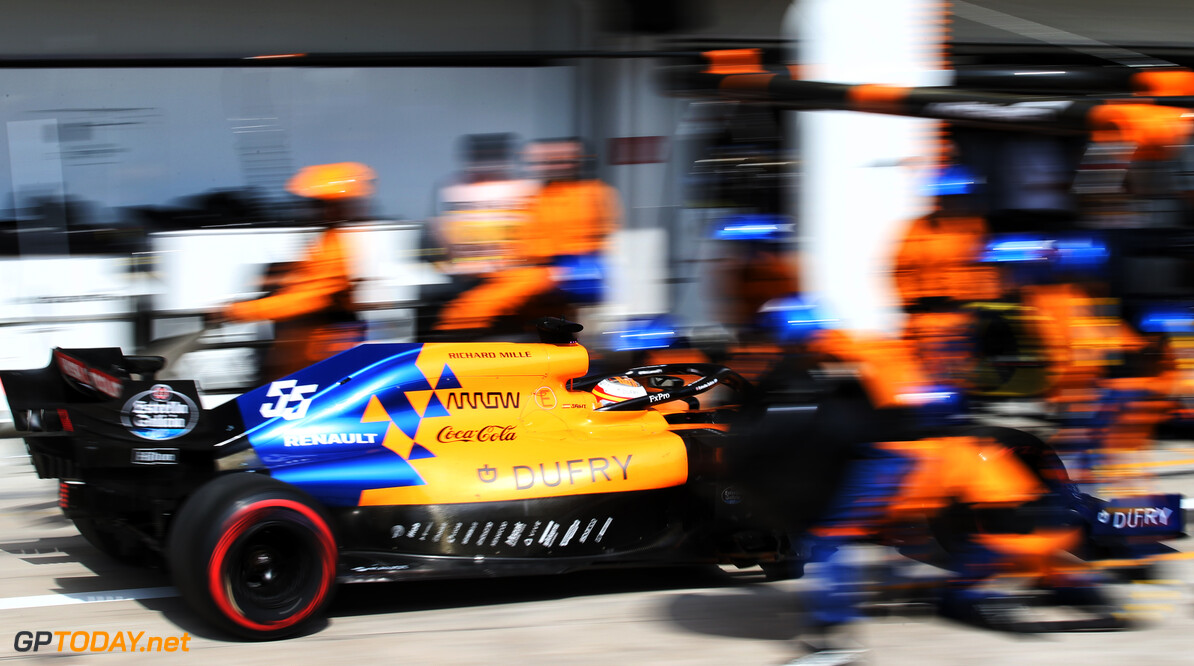 The 2019 Brazilian Grand Prix saw multiple reasons for McLaren to celebrate, as it secured its first podium finish in over five and a half years - and with it, the 'best of the rest' spot in the constructors' championship.

Carlos Sainz was promoted to third place after the race had ended due to a penalty for Lewis Hamilton who was involved in a late-race clash with Alexander Albon.

For much of the season, McLaren's closest competitors in the championship has been Renault, who is now out of reach and unable to catch the Woking squad for fourth in the standings.

Lando Norris crossed the line in eighth place behind the Renault of Daniel Ricciardo, who recovered to the points after being in involved in an early race incident with Kevin Magnussen.

Even without Norris' extra four points, McLaren would have been clear of Renault heading to the final round in Abu Dhabi - it currently holds a 49 point lead over the Enstone outfit.

McLaren has endured a tough time in the turbo-hybrid era, slipping well into the midfield pack and losing touch with the front-runners.

In 2018, the team switched its focus onto the 2019 season early, which made for a difficult end to the year for the team - all aimed at coming back strong this campaign.

It also employed Andreas Seidl as its team principal, who took the hands-on role of managing the team weekend-to-weekend.

"For us, it's great that we could secure this P4 in the constructors' championship," Seidl said. "It is simply a great reward  for all the work everyone has put in at the track and especially those back home in the factory."

With the 2021 season on the horizon, McLaren has set out to make changes in order to get back to race-winning ways.

It is currently constructing its own wind-tunnel and when it is completed, will no longer use the facility in Cologne owned by Toyota.

In 2021, McLaren partnership with Renault, which began in 2018 after a handful of difficult years with Honda as its power unit supplier, will come to an end.

The team will switch to Mercedes units, which have proved to be consistently the most efficient supplier in the turbo-hybrid era.

McLaren's fourth place in the constructors' championship marks its best finish since 2012, which is also the last season in which it won a Grand Prix.