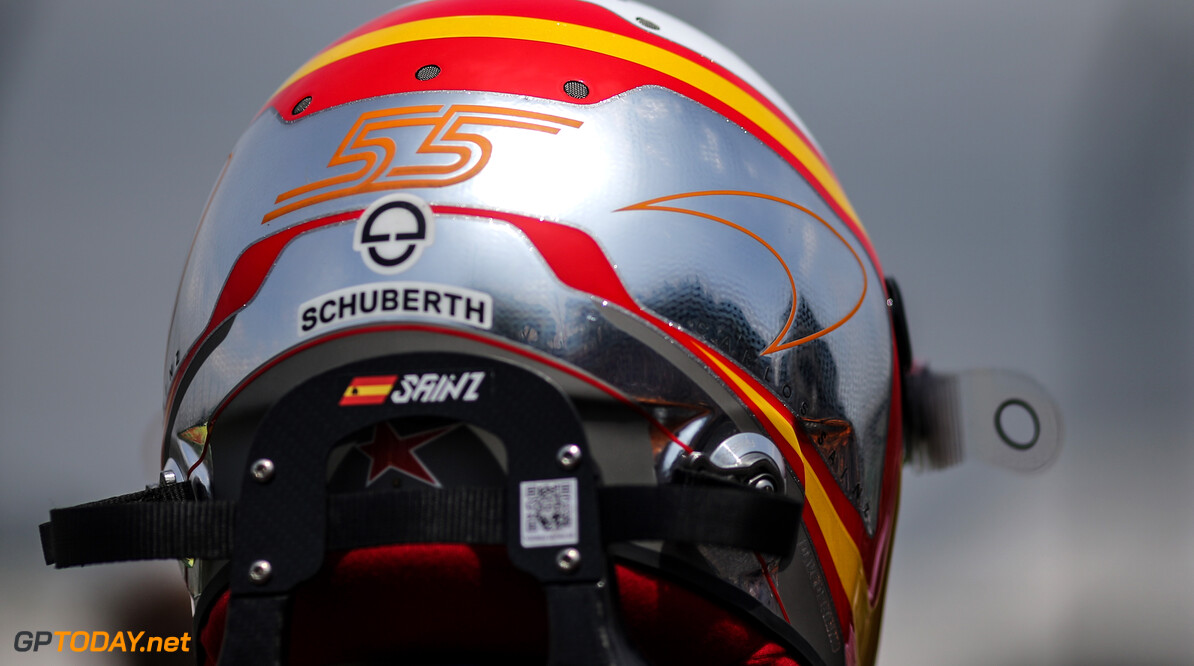 Sainz in shock over 'weird' but 'special' first podium

Carlos Sainz says that he will "never forget" his maiden podium finish, despite the "weird" circumstance in which he inherited it.

Sainz crossed the line in fourth place at the end of the Brazilian Grand Prix, but was promoted to the podium after the race when Lewis Hamilton picked up a five-second time penalty.

Hamilton was penalised for a clash with Alexander Albon at Turn 10, which denied the Red Bull driver his maiden podium in F1.

Sainz started the race from the very back of the field, having had mechanical issues at the start of qualifying, which eliminated him from the Q1 drop zone.

With a fresh power unit in the back of his McLaren, Sainz cut through the field and brought himself into contention for points, before the problems that befell Mercedes, Ferrari and Albon.

"Who would have told me yesterday when I was so angry about the day that today everything was going to turn around and I was going to go from P20 to P3," Sainz said after the race.

"It still hasn't sunk in yet but I can tell you that it's a very special feeling. Also the way that it developed, the chance to get onto the podium with all my team there two hours after the race was weird, but very special.

"It's a day that I will never forget. Now it's time to celebrate of course but also time to keep pushing. We are in the right direction, McLaren deserves this trophy as much as I deserve it.

"So let's keep fighting, let's keep going for it and keep enjoying this special year."

Sainz's podium finish also ensured that McLaren will stay in fourth place in the constructors' standings, taking its best season result since 2012.