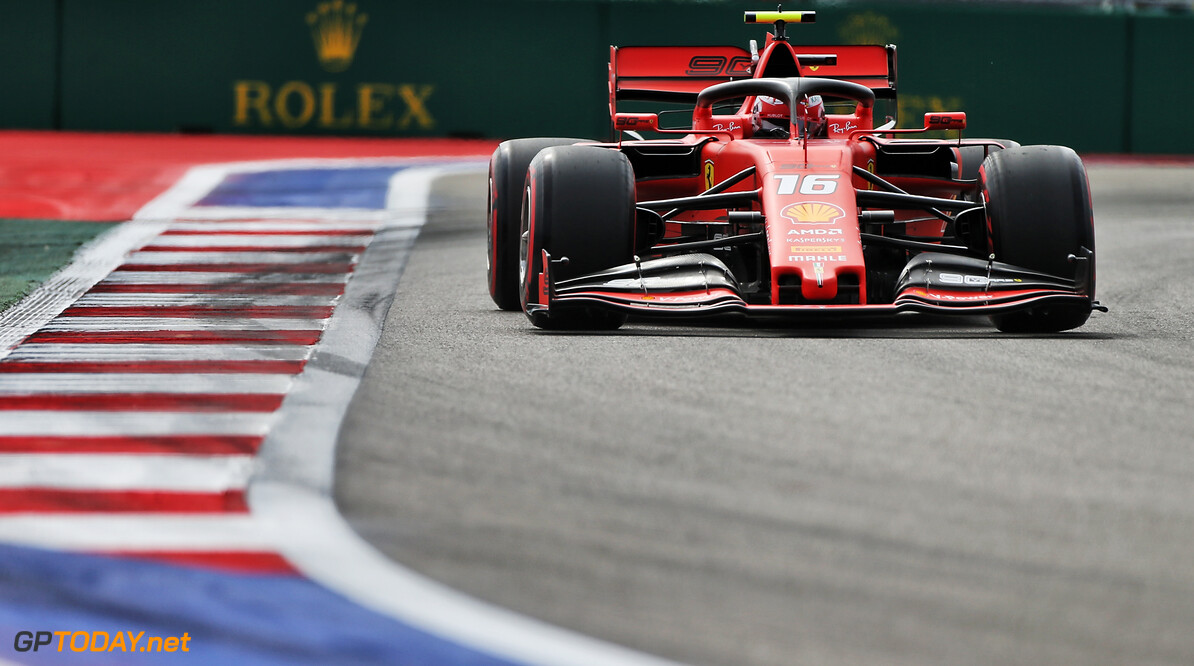 Charles Leclerc has ended the opening practice session from the Russian Grand Prix weekend on top of the times, setting a 1:34.462.

The Monegasque driver, who has taken pole position at the last three events, was marginally ahead of Max Verstappen, who was less than a tenth of a second behind.

Verstappen will take a five-place grid penalty this weekend, as will teammate Alexander Albon and the Toro Rosso of Pierre Gasly.

Daniil Kvyat, who will start from the back of the pit lane, saw his session come to an early end as he was forced to park up in the final sector with a suspected engine issue.

Kvyat was running a new Honda Spec 4 engine for the session, with Honda confirming that it was investigating the issue ahead of second practice later in the afternoon.

After picking up his first win of the 2019 season last time out in Singapore, Sebastian Vettel was third, leading the Mercedes duo of Valtteri Bottas and Lewis Hamilton.

Towards the end of the session, there was a rear wing problem for Bottas, as his DRS seemingly failed to open on one side of the wing.

Albon was sixth in the second Red Bull, two-tenths ahead of the Renault of Nico Hulkenberg.

Drivers had to cope with a new slalom bollard system at Turn 2, with drivers told to go around three different bollards before rejoining the circuit.

However, the system caused problems for drivers that bailed out of Turn 2 too late to make the first and second signs.

Daniel Ricciardo was eighth, while Sergio Perez and Romain Grosjean rounded out the top ten only marginally ahead of Carlos Sainz and Pierre Gasly.

At the end of the session, Ricciardo spun at Turn 10 backing into the barriers and damaging his rear wing.

The second practice session will get underway at 15:00 local time.