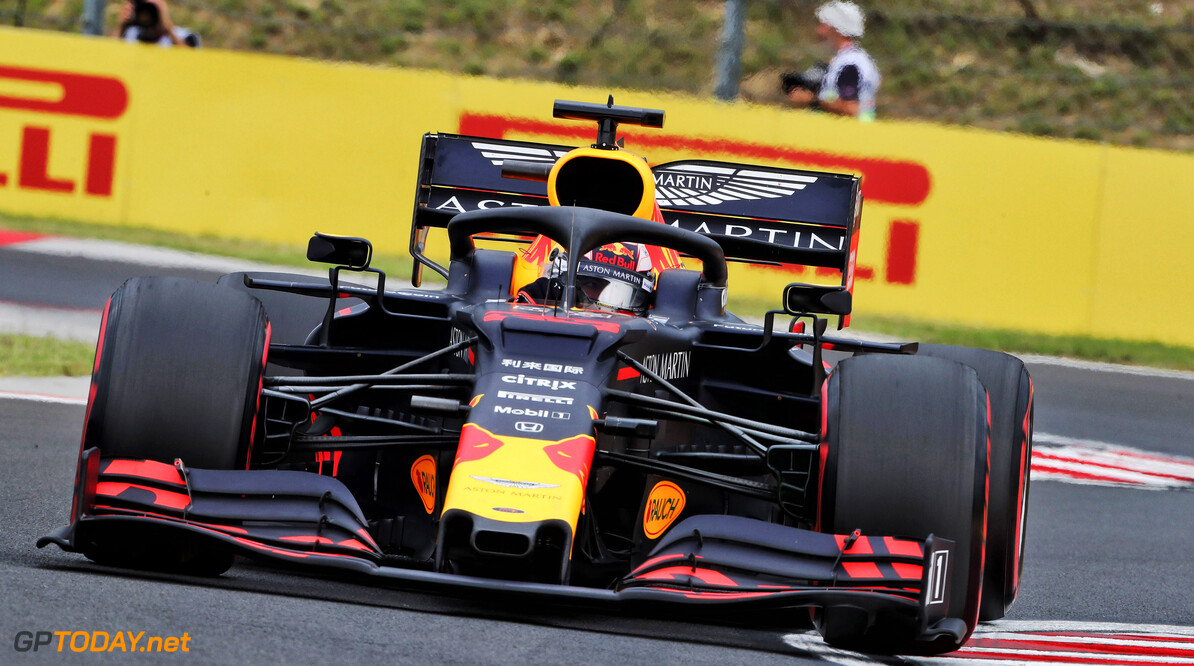 Max Verstappen believes that Red Bull can be competitive at the Hungarian Grand Prix this weekend, but thinks that Mercedes is still ahead.

Verstappen ended both Friday practice sessions in second place, however the second session saw mixed conditions, which affected the final order on the timesheets.

The Dutchman wasn't entirely happy with his car in Fp1 but found some satisfaction for the second practice session, leading him to believe that he could be in for a strong weekend.

"From the engine and the car side, it was all good," he said. "We tried a lot of things, some worked, some didn't. But at the end of the day, I think we were competitive.

"I think Mercedes is still a little bit ahead, we still have a little bit of work to do. It was also not bad at all, so I'd say we are competitive, but let's see tomorrow.

"I was happy in FP1, then we tried a few things which I was not so happy about so I was just having a really strong front end and losing the rear. But I think it's important we test those things because in FP2 my car was in a nice balance."

Despite winning two of the last three races, Verstappen has consistently struggled to pull away off the line when the lights go out to signal the start of the race.

Verstappen says that Red Bull is aware of the problem, and is working to ensure that it is soon fixed.

"Our starts this year haven't been the best but we know what the problem is so we just have to try and work it out," he stated.