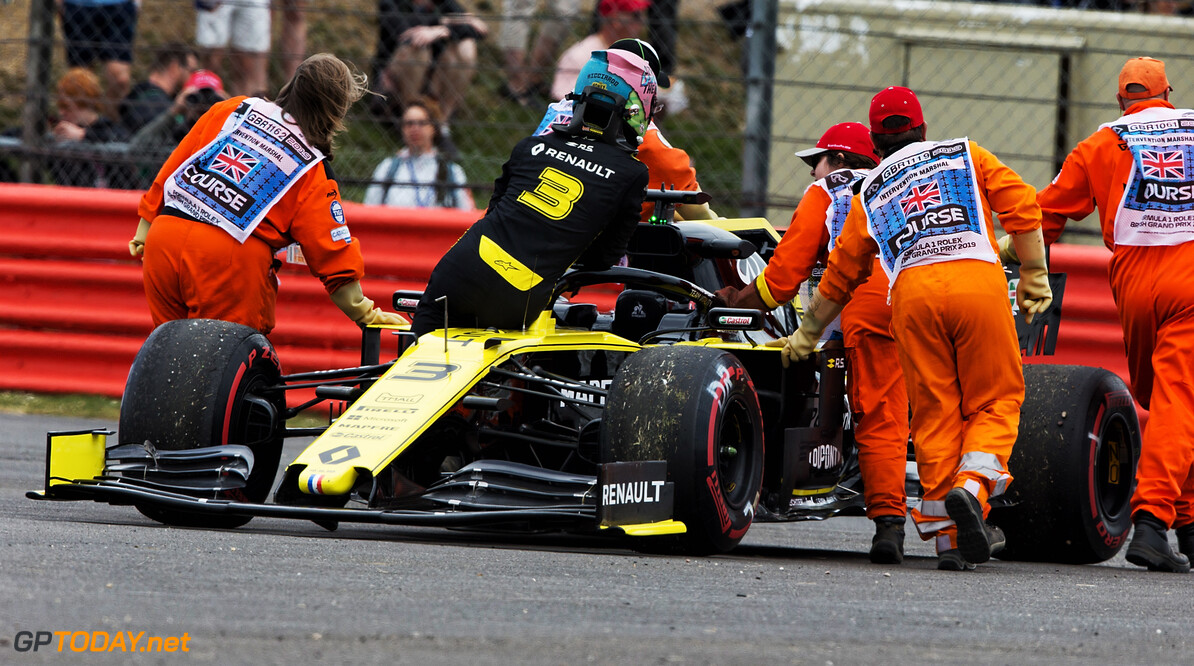 Daniel Ricciardo says that Renault is only just looking inside the top ten after Friday practice, and work is needed to improve its pace.

The Enstone squad arrives at Silverstone looking to bounce back from a dismal weekend in Austria, where it lacked pace compared to its rivals.

Ricciardo doesn't think the timesheets tell the full story of Renault's pace, as it ended the second practice session on outside the top ten.

"It was going okay but then in FP2 we struggled a bit more," he said. "I'm confident that we'll be alright on Saturday but then we had an issue at the end, everything just shut off.

"So we're looking into it. We missed out on the long run, but we seemed pretty good in the morning, we fell back in the afternoon. But it's close and we know there's lap time on the table.

"I think we're currently good enough to get inside the top ten, but only just. We want to get a bit deeper in there. Still a few things to discover on the car."

Ricciardo's running on Friday ended after his power unit shut off while he was on a run during the session.

The Australian affirmed that the engine was an old Friday practice unit, but admits that he would've liked to have seen it last for a couple of more weekends.

"I think it's rest in peace to that engine, so we're going to have a little service for it. It was called Pony as well, we had to put Pony down," Ricciardo laughed.

"That was the original spec so just a practice engine. It would have been to get that to do a few more Fridays but the word for now is we're going to say adios."