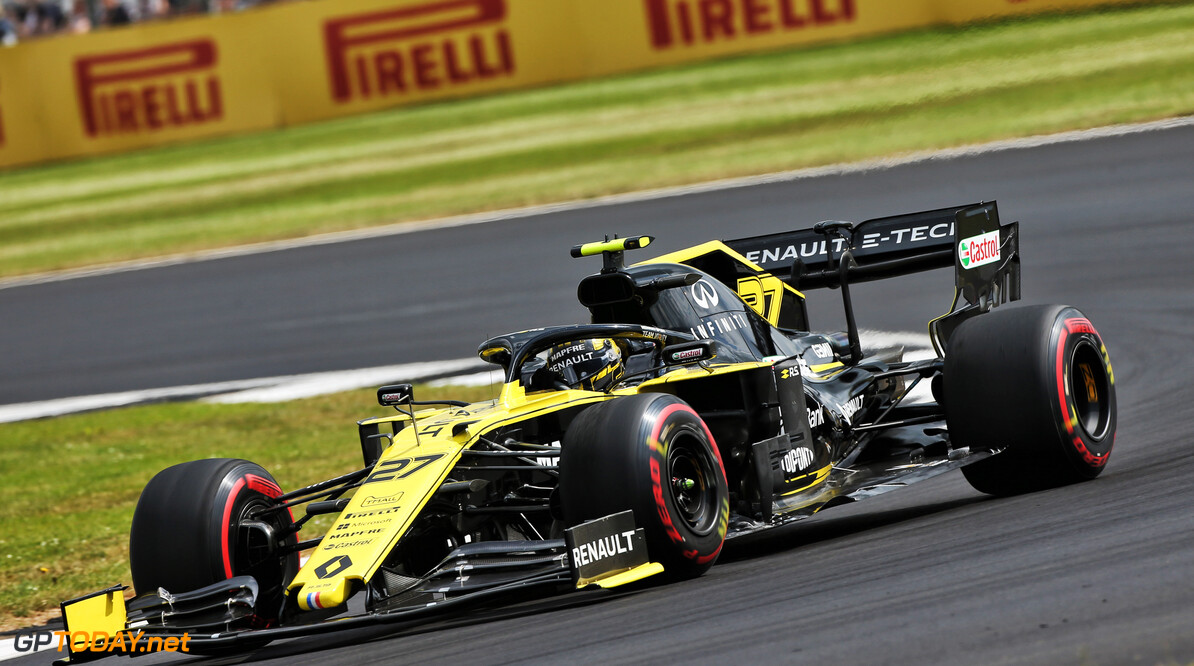 Hulkenberg confident Renault is close to McLaren at Silverstone

Nico Hulkenberg is encouraged by the pace between Renault and McLaren following Friday practice at the British Grand Prix.

The German ended the second practice session in 15th, while teammate Daniel Ricciardo was one spot ahead.

MORE: Budkowski: Renault needs to build momentum before 2021 | Fixing Renault problems as an engineer would 'rattle my brain' - Ricciardo

Despite the low-lying positions, Hulkenberg doesn't see reason to worry as there were a couple of factors that contributed to it not getting a clean low-fuel run in.

"It was a bit tricky, and the balance made the car a bit inconsistent to drive," Hulkenberg said. "Especially in the afternoon, it was quite windy which added to the confusion.

"We didn't hit the low fuel runs well on the softs, there is a bit more potential there. The execution wasn't well and there was a bit of traffic so I think there's a bit more to come.

"The long-run stuff felt alright, and the lap time suggested we were not that bad and quite close to McLaren."

Last time out at the Austrian Grand Prix, Renault struggled with its pace and failed to score points for the first time since Spain.

While Hulkenberg knows that there are areas in which the team can improve, he is confident that the Enstone squad can be more optimistic for the upcoming weekend.

"I think today the afternoon wasn't ideal, there were a few reasons. In Austria, it was just car reasons. Today there were other factors so I don't think there's any reason to panic.