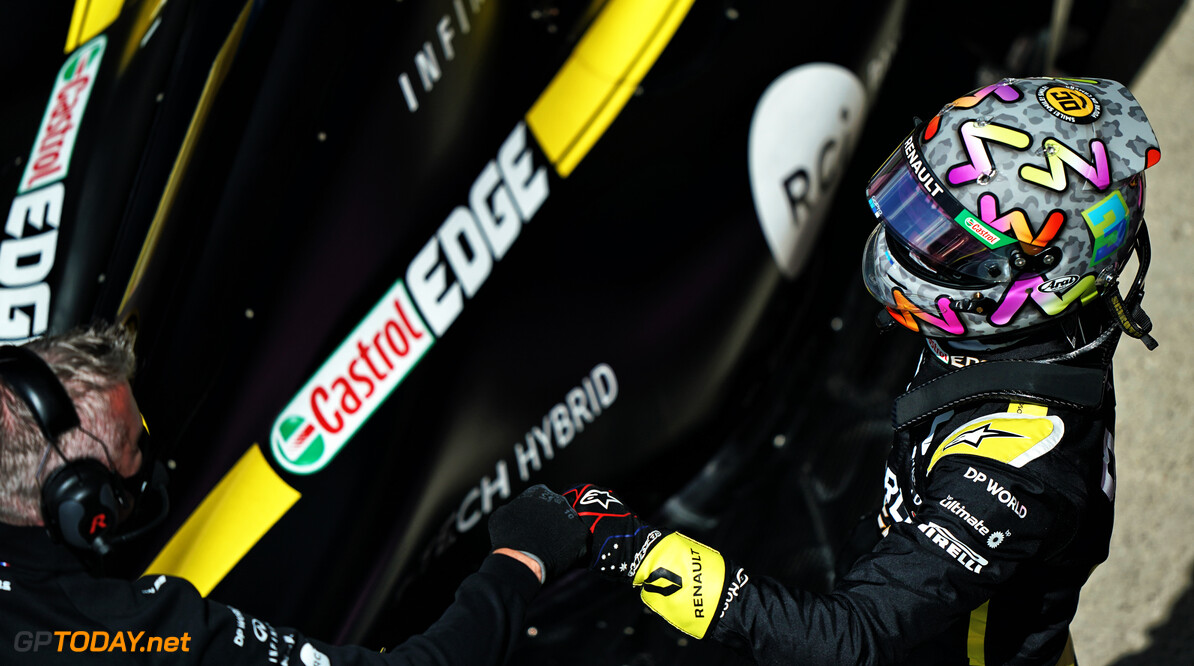 Ricciardo confident of challenging Verstappen if not for Gasly and Perez

Renault's Daniel Ricciardo was confident he could have kept up with the Red Bull of Max Verstappen had it not been for the alternating strategies of Pierre Gasly and Sergio Perez when the race restarted after the safety car.

Gasly and Perez were the only two drivers not to pit when the safety car came out for the accident between Antonio Giovinazzi and George Russell, and both cars managed to split Verstappen and Ricciardo on the restart.

Ricciardo said after the race he was sure he could have kept up with his former teammate had he not have to pass Gasly and Perez to reclaim his fourth position.

"We had pace, we had a lot of pace," Ricciardo noted.

"I was just frustrated. I know it was out of our control but with Gasly and Perez's strategies, obviously, it put a buffer in between Max and myself on the restart. I think, without that, I genuinely think we could have hung with him on the hard.

Ricciardo also revealed how his initial battles with Gasly and Perez led to his tyres starting to overheat, to which he had to wait a couple of laps until he could push on them again.

The Australian driver took the fastest lap on the final lap after closing down on Verstappen rapidly in the closing stages of the race but insisted he could not have gone much longer than the chequered flag pushing as hard as he was on the hard compound tyres.

"The pin was out as soon as I passed Gasly," Ricciardo assured

"I think, fighting with Perez and Gasly, the tyres overheated and it takes a few laps for them to come back and then once it did, it just kind of crept up and crept up.

"I wasn't leaving anything on the table and then on the last lap, I put everything into it but that wasn't sustainable, those laps for much longer. I feel like I used everything."