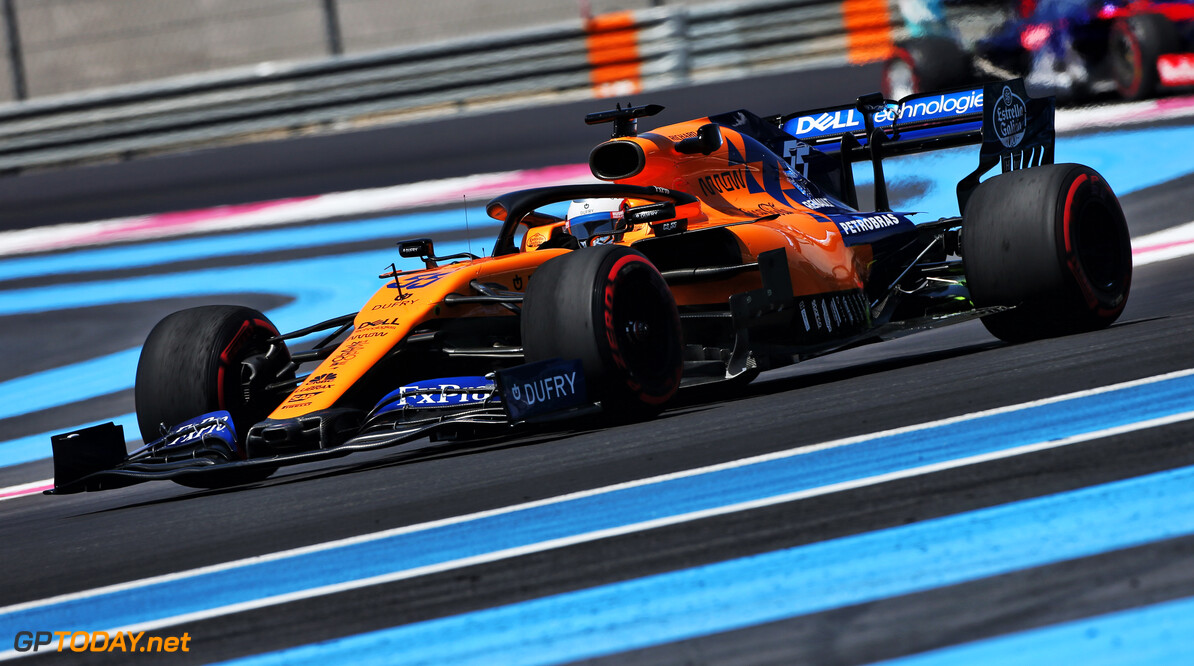 Carlos Sainz says that he wasn't entirely happy with his car in qualifying, saying that he only found his weekend rhythm once the session started.

McLaren locked out the third row in qualifying, with Lando Norris finishing fifth ahead of the Spaniard, just over one-tenth separating the duo.

MORE: McLaren to build its own wind tunnel at Woking

After qualifying, Norris confirmed that McLaren isn't quite sure why the Circuit Paul Ricard suits the MCL34, comments that Sainz backed up.

"We still need to analyse why this track suits us," he said. "But I'm very happy, with the team and with the car.

"I've been on the backfoot since yesterday, a lot of experimental stuff from the team so maybe I didn't have the right rhythm yesterday or today until qualifying, which meant I was behind Lando.

"But I still managed P6 despite not being entirely comfortable, so I'm happy."

Norris' qualifying time was just 0.009s off the Red Bull of Max Verstappen, as the energy drink squad struggled around the French circuit.

Sainz admits that McLaren's race pace is good, but it is not expecting to challenge Red Bull during the race as it looks to finish 'best of the rest'.

"It's also quite good. It's scaringly good, but I don't believe it. We are not that quick as the timesheets show in race pace," the former Toro Rosso and Renault driver noted.

"We're going to be cautious going into tomorrow, try to be best of the rest, and see where Red Bull are."