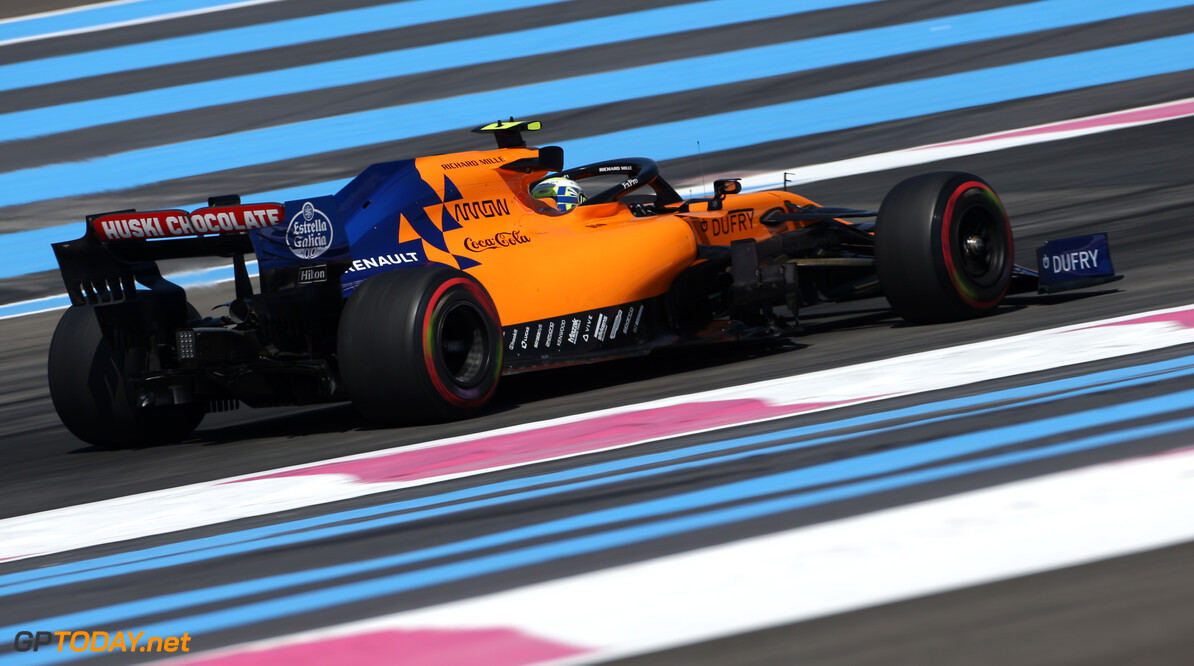 Norris: McLaren needs to find the source of strong pace

Lando Norris says McLaren needs to look into where it is finding pace after his impressive P5 result in qualifying at the Circuit Paul Ricard.

The Briton will share the third row with teammate Carlos Sainz for the start of Sunday's race, as McLaren managed to outpace a Ferrari and a Red Bull.

However, Norris insists that the team doesn't know where its pace is coming from, and that it is something it needs to explore as it appears to be track specific.

"When I did my second run, I was half a tenth up when I crossed the line and I thought 'that was a good lap'," Norris told Sky F1 after the session.

"It's something that we need to look into. We were very quick straight away in FP1 which is worrying, because it was almost too good.

"But we managed to continue it all the way through the weekend so it has been good. But we could go to Austria and not be in Q3. It's very track specific, so we need to look into that."

McLaren ahead of everyone it needs to be ahead of

Despite the strong starting positions. Norris expects to lose out to Sebastian Vettel in the race, but pointed out the positive of being ahead of everyone that McLaren is currently battling in the championship.

"I'm happy, as a team result it was great," he commented. "Ahead of Vettel, I don't know if he made a mistake or something. We've done very well, but I'm sure it's going to be tough tomorrow. We're ahead of who we need to be and who we'll probably be racing.

"Well, I've heard the rumours from Renault saying that we have a secret upgrade. I wish we did, cause we'd be even quicker than we are now.

"We came into here thinking some corners like Turn 11, Turn 13 are a bit like China Turn 1 where we were pretty average. We weren't expecting anything at all to be honest, we thought it would be a tough one.

"But it has turned out to be better than we ever could have expected. But we'll take the result today. Tomorrow will be a tougher job."