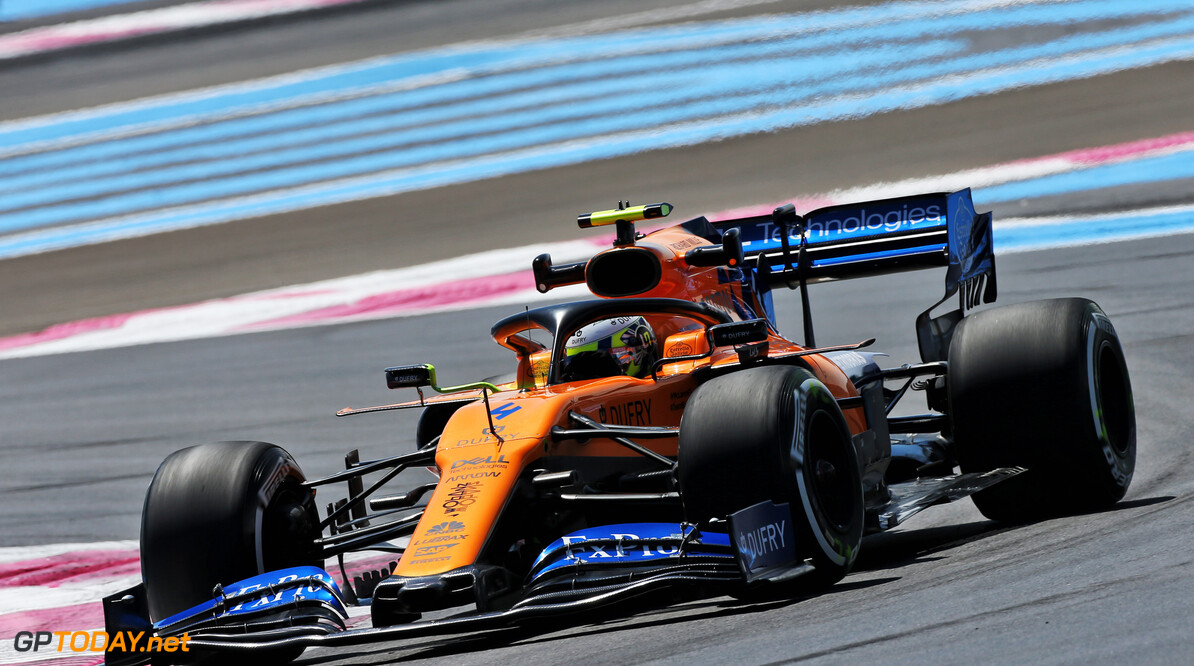 Norris not getting excited by early pace

Lando Norris insists that McLaren still has a lot of work to do if it wants to stay at the head of the midfield for the remainder of the weekend.

At the end of FP2, Norris was fifth fastest for the Woking outfit, ahead of teammate Carlos Sainz and the two Red Bulls.

However, Norris pointed out that McLaren showed strong pace in Canada all the way through practice two weeks ago before being beaten by Renault in qualifying.

"I'm happy, we did a good job as a team," Norris commented. "I've done a better job than what I've been doing recently and I started the weekend off better than previous weekends.

"That's the best thing about today. Lap time wise, it's pretty promising but Canada was the same and we were behind both Renaults when it came to qualifying. There's still work to do, everyone else will be quick so we can't take it easy."

No major advantage in track knowledge

Compared to some of the other circuits that have featured on the calendar so far this year, Norris has extensive knowledge of the Paul Ricard track, having driven on it in his junior career,

However, he claims that there is not much to gain from having previous experience on circuits, and thinks that changing the way he approached the weekend in France has been a bigger factor in his confidence.

"I haven't changed much compared to what I've done in previous races, just today went well," the 19-year-old said.

"I seem to suit the car on this track today compared to others but we changed a little bit how I've prepared for the weekend, and that seems to have worked quite well."