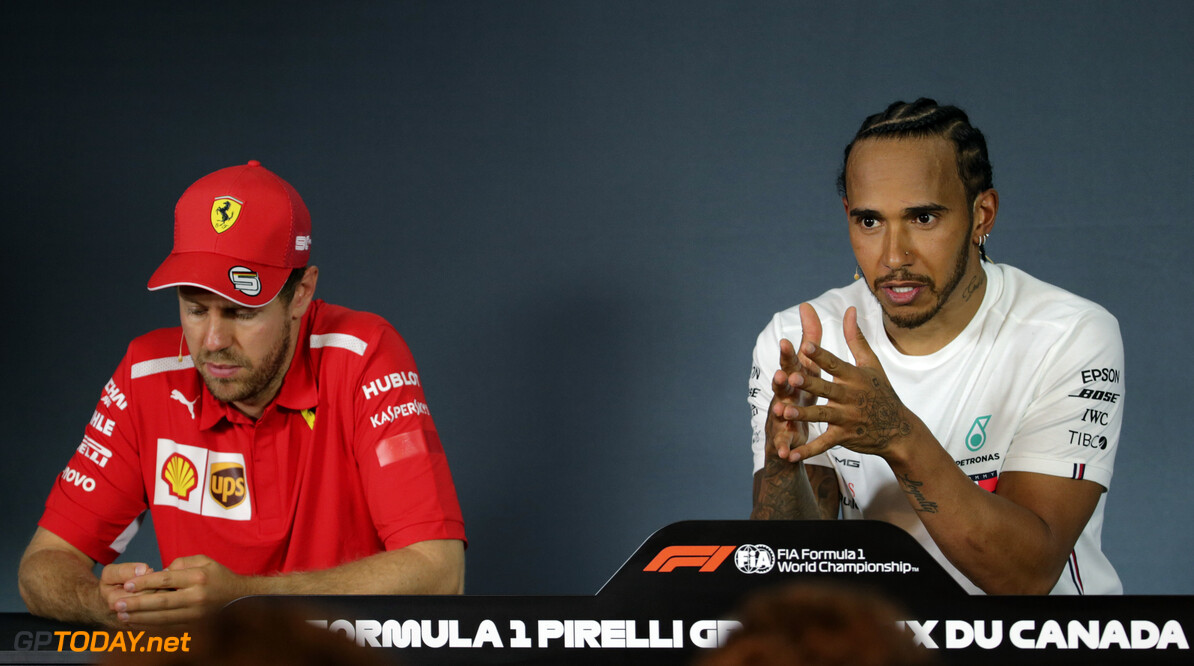 A number of drivers have given their opinion on Sebastian Vettel's time penalty from the Canadian Grand Prix, that stripped Vettel and Ferrari of victory.

Vettel slid across the grass at Turn 3 during the race and was deemed to have rejoined the track unsafely in front of Lewis Hamilton, who was forced to back off.

Red Bull's Max Verstappen admits that he is not a fan of penalties, and believes the decision to give the penalty while the race was going on destroyed the excitement of the Grand Prix.

"In general, if you are going to give a penalty, don't do it in the race," Verstappen said. "It destroys the whole excitement of Lewis catching Seb and fighting for the win.

"When he rejoined the circuit he didn't do anything. He wasn't purposefully blocking Lewis so I think why they gave the penalty was wrong.

"If you're going to give penalties like that, then why not just put a wall there. If he makes a mistake, then he's in the wall."

Vettel's former Ferrari teammate Kimi Raikkonen also spoke out against the penalty, insisting that it's clear Vettel had no control of his car after he left the circuit.

"I only saw a small clip of it, and I don't know the whole story behind it," Raikkonen said. "But from what I saw, he went off, came back onto the track and that's it.

"I don't think there was much wrongdoing in any side you look. Somebody makes the decisions, sometimes it goes for you, sometimes not.

"It happens easily, you can go off on the grass and you have absolutely zero control. You slide back on, there happened to be a wall there and the lines end up in the same place."

Toro Rosso driver Daniil Kvyat believes the stewards need to adopt a more consistent system in order to eliminate the element of surprise when handing out such penalties.

"I think it's about consistency," the Russian said. "Every case needs to be treated the same way. But I think with the first look, there wasn't anything to penalise.

"If you take a deeper look, maybe you can squeeze something out of it, but in the past, I think it's been analysed that something similar happened and there was no penalty."

Lando Norris added: "It didn't cause a crash. He lost time overall because of it. And that's that. He shouldn't have got a penalty."

Ferrari will meet with the stewards on Friday in between the two practice sessions, where it will be decided if Ferrari has enough evidence for the situation to be re-analysed.