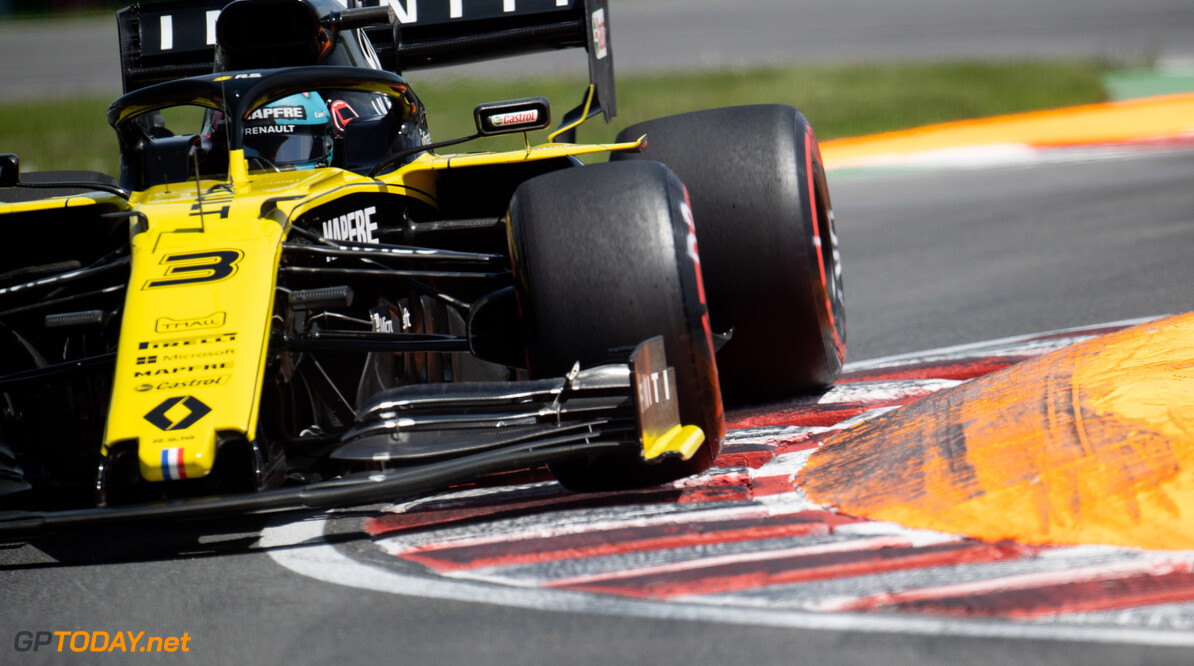 Ricciardo: Renault has bridged the gap with straight-line speed

Daniel Ricciardo believes his race in Canada proved that Renault has made some strong gains in its engine department.

After qualifying fourth on Saturday, the Australian dropped back to sixth by the end of the race, getting overtaking by Valtteri Bottas and Max Verstappen.

While Ricciardo was expecting the faster cars to make their past him during the race, he enjoyed his on-track battle with Bottas, which lasted for a number of laps.

"I'm pretty happy with that," Ricciardo said after the race. "I knew that from my starting position the race would be more a defence rather than an attack. To beat one of them in the end was strong, P6 and P7 was strong.

"The most positive thing was holding off Bottas for so long. and just being in a fight with a Mercedes for a few laps, that was cool. I would've loved to have done it with Max as well at the end but he was coming with too much pace on that tyre.

"I think what it showed as well with Bottas, even when he had DRS we still had good straight-line speed. I feel there, we've bridged the gap a lot. There's still a lot of work to do but it's certainly looking good."

Towards the end of the race, Ricciardo found himself coming under pressure from teammate Nico Hulkenberg, who also started the race from inside the top ten.

Ricciardo admits that his fight with Bottas coupled with his early stop for the hard tyres didn't do them any good in his late-race pace.

However, Renault ordered the two not to battle each other, as it looked to take home its first double points finish of the year.

"Stopping a bit earlier and fighting with Bottas, I definitely took a bit out of the tyres," Ricciardo reflected. "It looked like his pace was strong all race, but he was coming at the end but I managed to stay in front, which is good!"