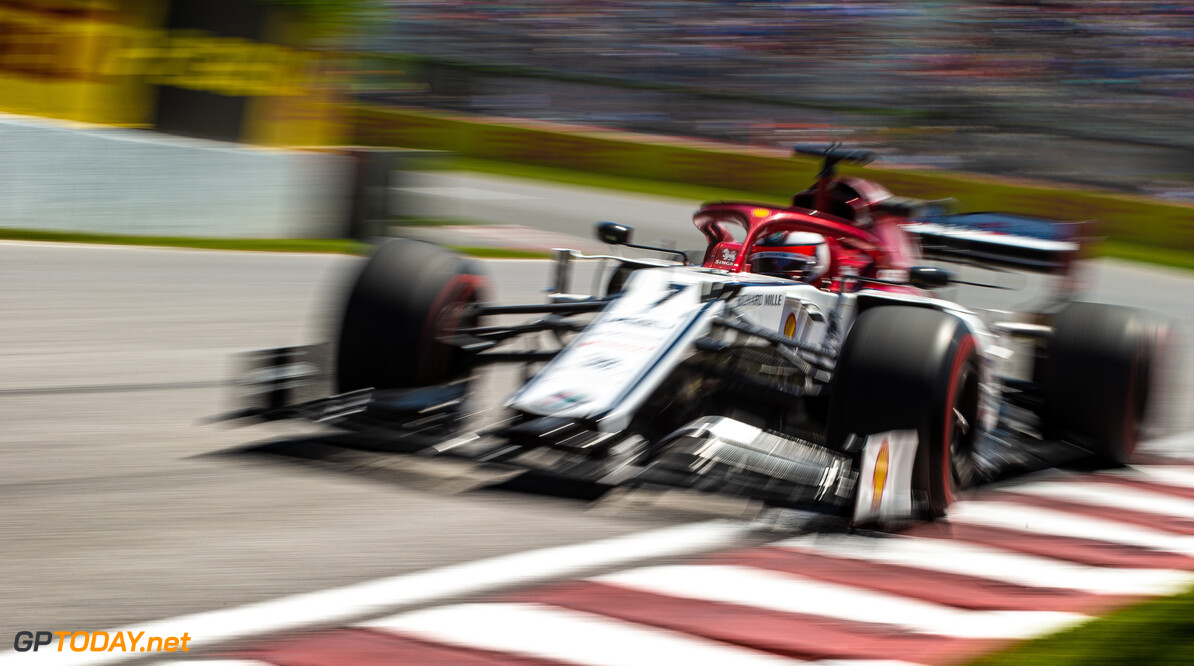 Alfa Romeo must work to sort out a number of small issues that are hampering its pace throughout a race weekend, according to Kimi Raikkonen.

After scoring points at the first four races of the year, the Finn has finished the last three events outside the top ten, as the team has fallen behind on its early-season pace.

In Montreal, the 2007 world champion crossed the line in 15th after starting from 16th.

Raikkonen says that sometimes the problems don't have anything to do with Alfa Romeo, but still insists that there are things that can be done in order to make strides forward.

"We sometimes, unfortunately, have some small things that have nothing to do with us, it's random things," he said. "We just need to tidy up things and do a better job here and there.

"I'm sure we'll get there, we just need to keep pushing. We'll be getting new parts to make the car faster, that's the first thing we have to do."

With the battle between the midfield teams extremely close this season, the development race will be crucial in the outcome of the world championship.

Raikkonen confirmed that Alfa Romeo is planning to bring upgrades to the C38 for the next round at the French Grand Prix, which he hopes will propel the team upwards.

"We just didn't have the speed," Raikkonen said of his weekend in Montreal. "Some laps looked a bit better but it was never there to be in the top ten. We have work to do with the car.

"We should get some new parts for the next race and hopefully that helps us to be back again and fighting in the points. It's not been an easy weekend but we'll take what we have and look at what we can do better."