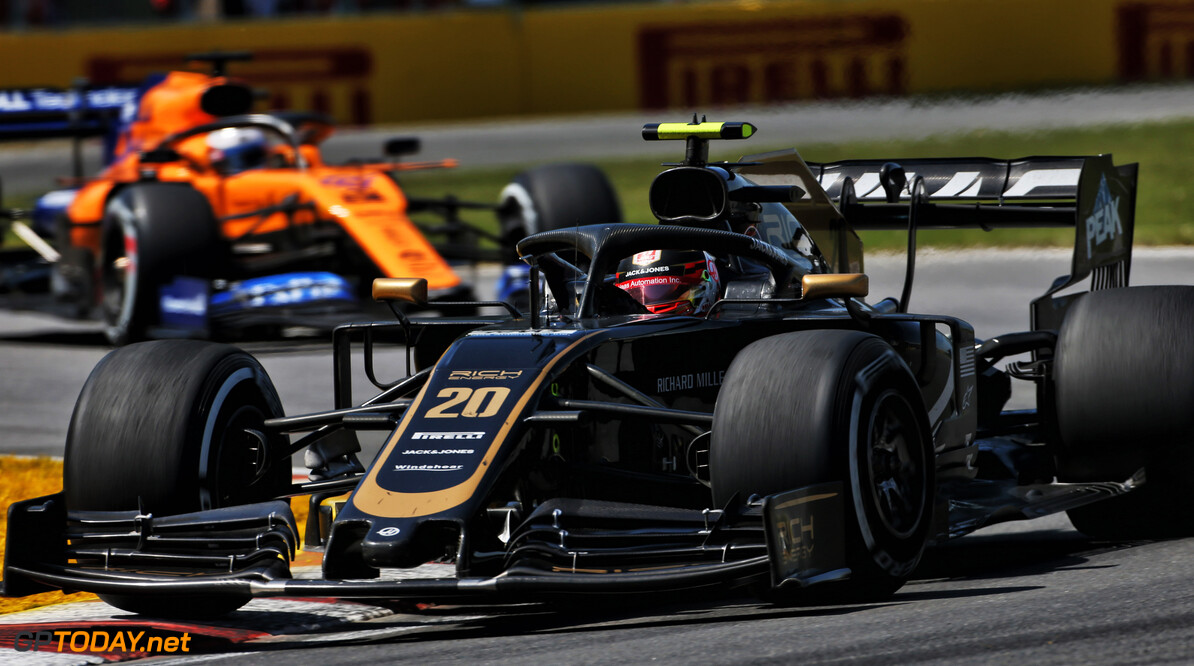 Kevin Magnussen says he never felt more hopeless in a race car than during the Canadian Grand Prix.

The Dane languished at the back of the field for the entire race, finishing ahead of only Robert Kubica in the struggling Williams.

Magnussen's weekend was compromised when he crashed during qualifying, hitting the Haas VF-19 against the 'Wall of Champions' before spinning across the track and into the barriers.

The subsequent repairs to the car meant that he had to start the race from the pit lane, but he failed to progress upwards during the 70 laps.

“We have such a good car, and qualifying is brilliant, we can fight anyone in the midfield," Magnussen said. "We’ve been on ‘best of the rest’ pole many times this year.

"It’s very hard to keep emotions under control in situations like today. Emotions run so high, and I’ve never felt so hopeless and disappointed.”

Magnussen was heard complaining over the radio about his displeasure with the situation he was in, saying it was "the worst experience I’ve ever had in a race car".

But there was no malicious meaning behind the message according to Magnussen, who is grateful for the work his team did to repair the car after qualifying.

“There was nothing meant towards the team over the radio," said the 26-year-old. "They did an amazing job this weekend. I made a mistake in qualifying, and they’ve been able to build me a completely new car for the race today.

"They’ve done a great job and built me a beautiful car, and it’s extremely good in qualifying but we just have these tires that don’t work in the race for us. It’s hard to not be very disappointed, I know the whole team is. They deserve a lot better.”