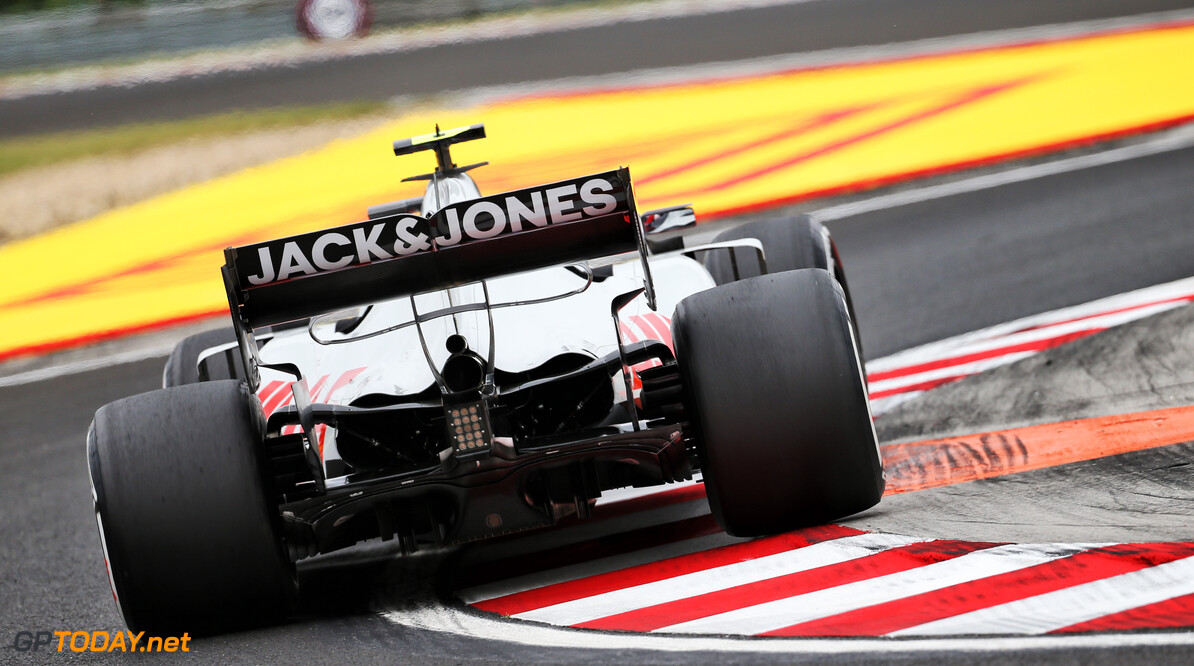 Kevin Magnussen has praised the Haas team for opting to pit both of its drivers at the end of the formation lap for slick tyres at the Hungarian Grand Prix.

All 20 drivers started the formation lap on wet weather tyres, however Haas made the call to pit both Magnussen and Romain Grosjean for the medium compound before the opening lap.

The team would be later penalised for the decision, however after all other drivers made their stops for dry tyres, Magnussen and Grosjean were promoted to third and fourth respectively.

Magnussen ended up crossing the line in ninth place, but was demoted to tenth to score the American squad's first championship points of 2020.

“I'm so happy. The team took an amazing call before the beginning of the race on the formation lap to call for slicks,” Magnussen said.

“It was really strong for them to give me that trust, to put me out on dry tyres in those conditions, it wasn't easy and it was really risky.

“They gave me that trust and it worked out. The pace was there, I was able to keep the tyres alive and move all the way up. I started from the pit lane and after a few laps I was in P3 or something.

“It put me back in the race. I knew from there P3 wasn't for us, but I was in P3 an that was an amazing starting position for us in the race. I just thought I'd try to hang onto it as much as I can.”

Magnussen says there was little point putting up a fight against the faster teams, as he would only lose time in his quest for a top ten finish.

“Eventually it was P9, I opened the gap to Ferrari - who would have thought that? Then I was able to keep the McLaren away.

“It just shows what a good car we have in the race. It proves the team has done an amazing job even though we're struggling a little it in qualifying. We are strong and we can do a good race.”