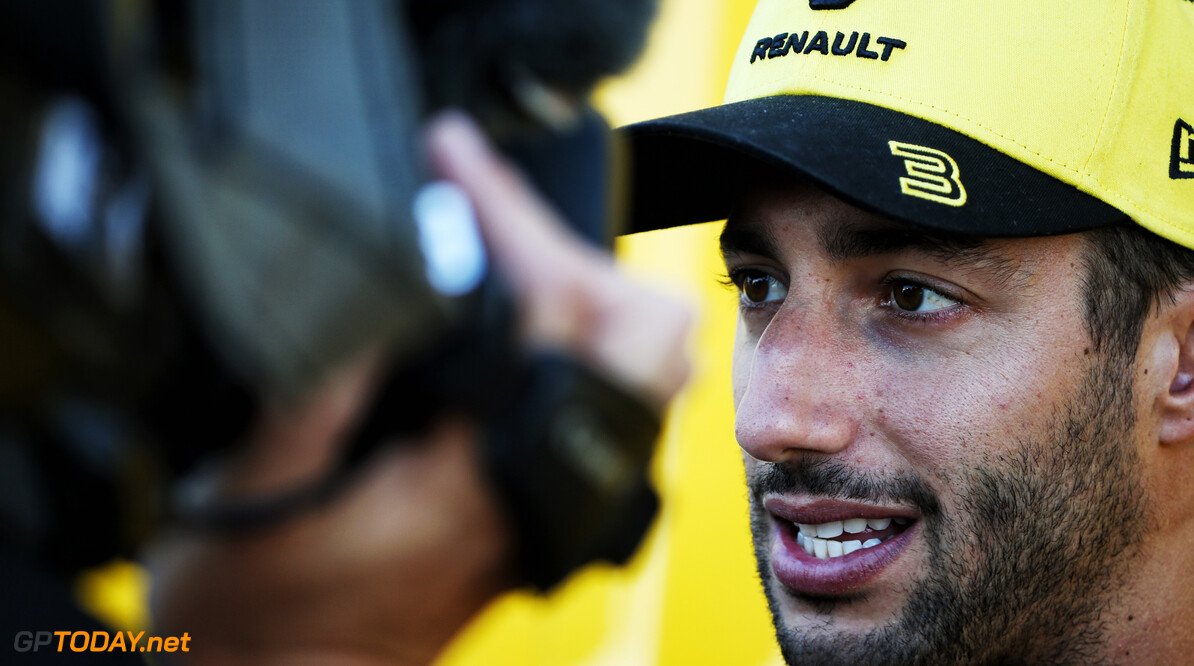 Renault has no concerns over potential straight-line speed deficit

Renault has no concerns over potentially struggling down the straights in Canada compared to its midfield rivals.

Daniel Ricciardo believes that the Circuit Gilles Villeneuve, which hosts the seventh round of the 2019 world championship this weekend, will be "a good test" for the Renault power unit.

Renault has been playing catch up on the power unit side of operations since the start of the turbo hybrid era. However, the gap between the current four manufacturers is believed to be smaller than ever before.

Amid the tight battle that is going on between the midfield teams, Ricciardo is hopeful that Renault will have enough to make it through to Q3 and fight for strong points on Sunday.

"This will certainly be a good test for it,” Ricciardo said. “We know we’ve definitely made progress through the year. We were encouraged by Monaco and even Barcelona.

“This will be the best test yet. I'm confident that we will be alright but 'alright', what does that mean? Hopefully a Q3 car.

“But remembering what it was like last year, like pulling up the hill towards Turn 3 in these places, our recollection was that in a year it has improved a lot.

“They haven't said it will do this or that, but through the upgrade we had for reliability purposes, that seems to be good. Basically, once we get that then we can start to wind it up. I don’t know if we are going to push it more this weekend than in Monaco, I don't have an answer on that.

“But already having the reliability in a better place on their side, we have already been able to squeeze a bit more out of it. I don’t want to say we will be doing big things yet. We’ll play it cool.”

Renault will 'definitely' bounce back after difficult Monaco race

Renault failed to score points last time out in Monaco, with both Ricciardo and teammate Nico Hulkenberg pitting earlier than most of the field.

Hulkenberg pitted when he made contact with Charles Leclerc, while Ricciardo boxed for fresh tyres when a safety car was called to allow marshals to clean up debris left behind by Leclerc.

Hulkenberg is confident that the team will bounce back after a disappointing result, and thinks it will be in the mix this weekend for some points.

"I think every race is different, every track," Hulkenberg said. "But it's only a momentary point of position and picture. I have no headaches or concerns heading into the weekend about the power unit or straight-line speed.

"Definitely we will bounce back. I think we have a strong record here and I like this track. Our package is definitely competitive for the fourth best team. We know what we have to do this weekend for both cars."