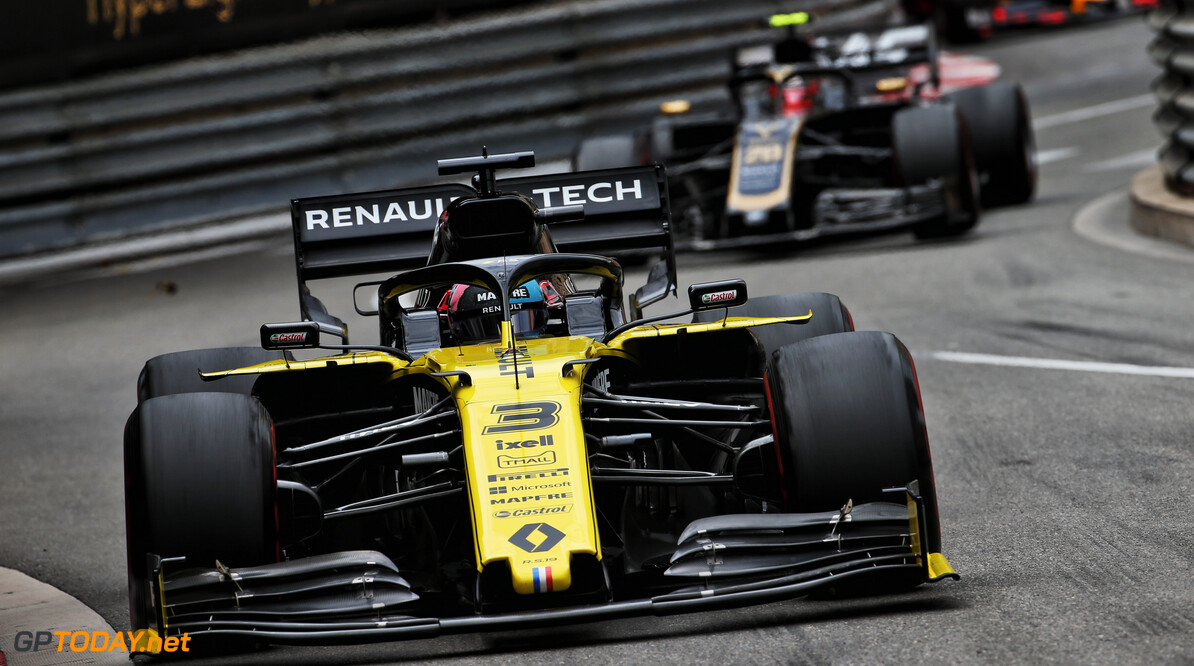 Renault's weekend in Monaco was much more encouraging than what its result suggested, according to managing director Cyril Abiteboul.

Daniel Ricciardo qualified in seventh place, and was running at the head of the midfield before pitting under a safety car that was called following Charles Leclerc's contact with the barrier.

Ricciardo's pit stop put him in traffic which spoiled his race, as he eventually went on to cross in the line in ninth, courtesy of a five-second time penalty picked up by Romain Grosjean.

The second Renault of Nico Hulkenberg both qualified and finished outside the top ten. Despite the disappointing outcome of the race, Abiteboul was encouraged by the performance of the team in all areas.

"If we only looked at the result from Sunday, we would not have the full story of our only Monaco weekend," he said.

"The potential was there to achieve a better result; we just need to look at the fifth place Daniel was holding until the safety car came out after Charles Leclerc and Nico’s incident.

"It was an encouraging weekend, with continued improvement on the chassis, confirmed progress for the power unit, pit stops matching the best and numerous successes for our Renault Sport Academy drivers."

Renault is looking to build upwards after a mediocre start to the season which has left it in eighth place in the constructors' standings.

Ahead of the Canadian Grand Prix weekend, Chassis Technical Director Nick Chester confirmed that Renault is bringing some upgrades to the event.

"Montreal is a power sensitive circuit but there are lots of big stops over a short lap, so finding the right balance between drag and aero efficiency is key," Chester stated.

"There are some chicanes in the middle of long straights and riding the kerbs can shorten the lap further and improve lap time.

"We have some aero and mechanical items coming through for Montreal. Our main focus will be concentrating on getting every different element to work in harmony – the midfield is so tight now that we need to maximise the overall performance."