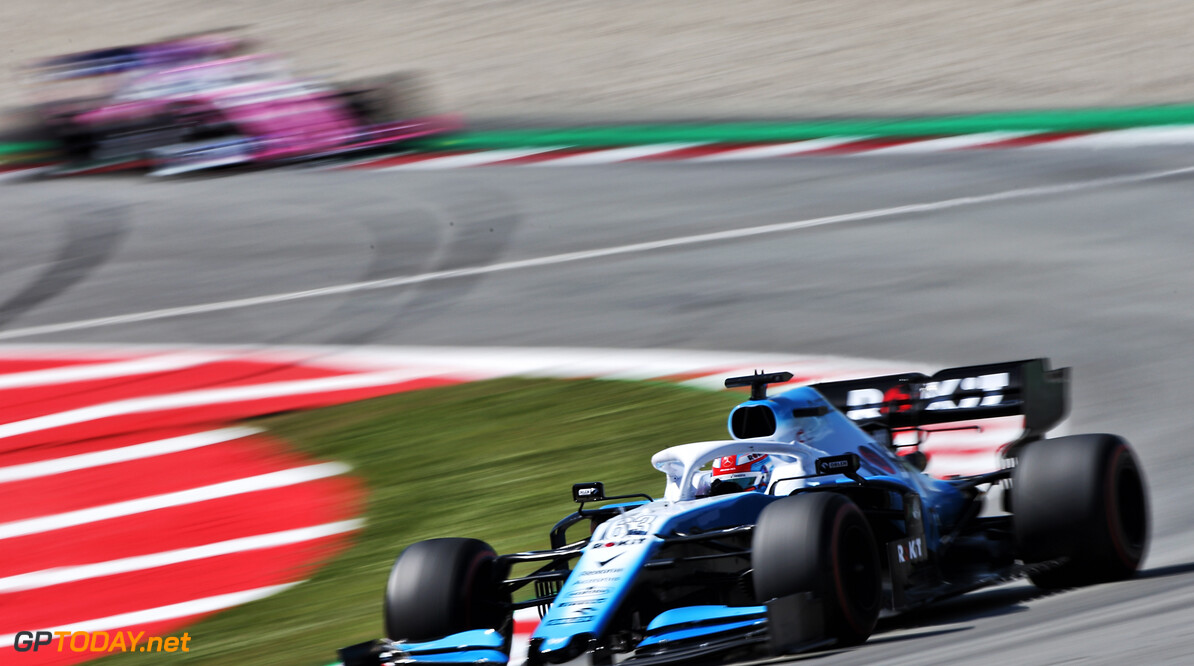 Russell encouraged by gap to midfield

George Russell has been uplifted by Williams' gap to the midfield after qualifying for the Spanish Grand Prix.

At each of the four qualifying sessions preceding Barcelona, Williams was over a second down on their nearest rivals, who also joined them in the Q1 dropzone.

However, after Williams once again filled out positions P19 and P20 in Barcelona, with Russell ahead of Robert Kubica, the gap to Antonio Giovinazzi in the Alfa Romeo was four-tenths of a second.

Russell headed into the qualifying session looking to get over a spin he had late on in FP3, which resulted in a gearbox change and a 5-place grid penalty.

"Overall our pace has looked slightly stronger this weekend than anticipated and I was feeling confident in FP3," said Russell on Saturday.

"But then obviously putting [the car] into the wall was probably not great for my confidence into qualifying. But I was pleased with that final lap.

"The fact that everybody has brought their big upgrades and we haven't really brought anything to the car, just a few little test items to try to understand the car better, is encouraging."

Russell is confident that Williams will be able to put pressure on the cars in front early on in the race, despite the Grove squad putting a lot of its weekend efforts into one lap pace.

"Perhaps we optimised for qualifying more than the guys just ahead of me did but there's no reason yet we can't be on the back of them in the opening laps and see what happens later in the race," he stated.