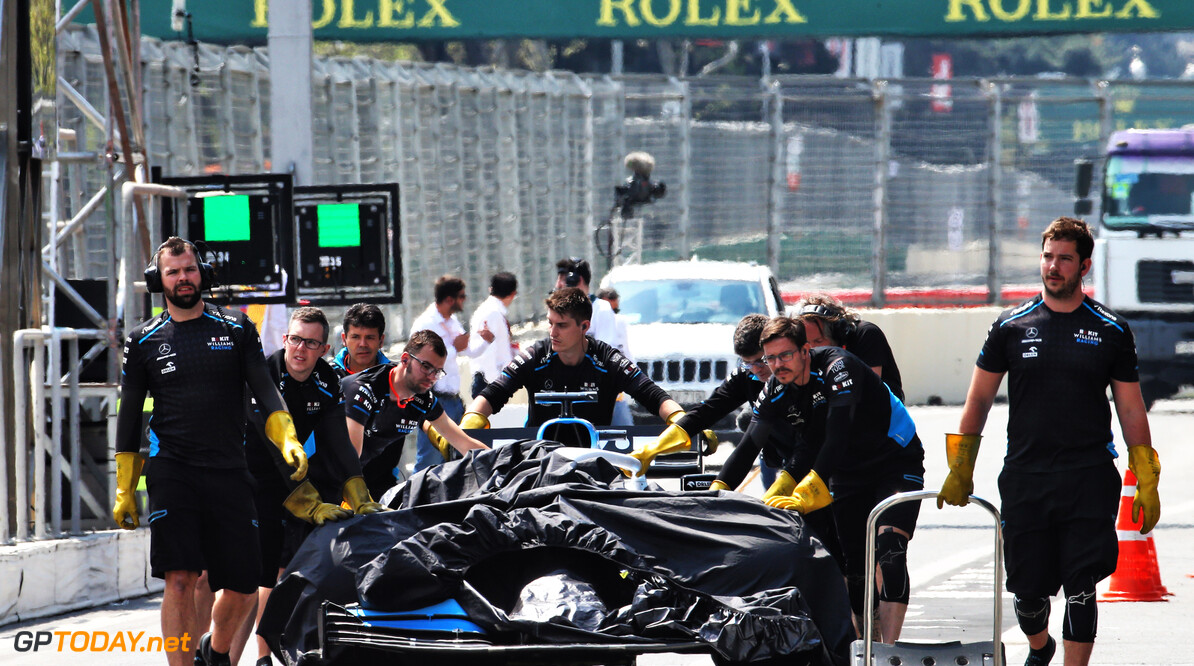 The Baku City Street Circuit has confirmed that it will reimburse the Williams Formula 1 team in full after it suffered major damages during free practice one last weekend.

George Russell ran over a loose drain cover which put him out of action until Saturday and forced Williams to change his chassis.

The FP1 session was cancelled after all drain covers had to be inspected. Williams estimated that the incident would cost it hundreds of thousands in damages.

"Obviously, this is our fault, we did admit it," Arif Rahimov, the Azerbaijan Grand Prix promoter told Autosport. "It's something that we as a circuit shouldn't have allowed. We have checked again our insurance policy and it is fully covered.

"Our legal department is talking to Williams' legal department and they will be reimbursed in full. Obviously there are no hard feelings, as we both understand that it was never meant to be and it was definitely not on purpose."

In 2017, Haas suffered damages after Romain Grosjean hit loose drain cover in Malaysia, but it was only compensated one year later.

But Rahimov does not want to wait that long to sort the situation with Williams.

"We spoke to the insurance company [that] we need to make sure this happens as soon as possible, not a year, because they need this money so they can use it this season.

"We will push the insurance company to expedite the claim and pay Williams as soon as possible."