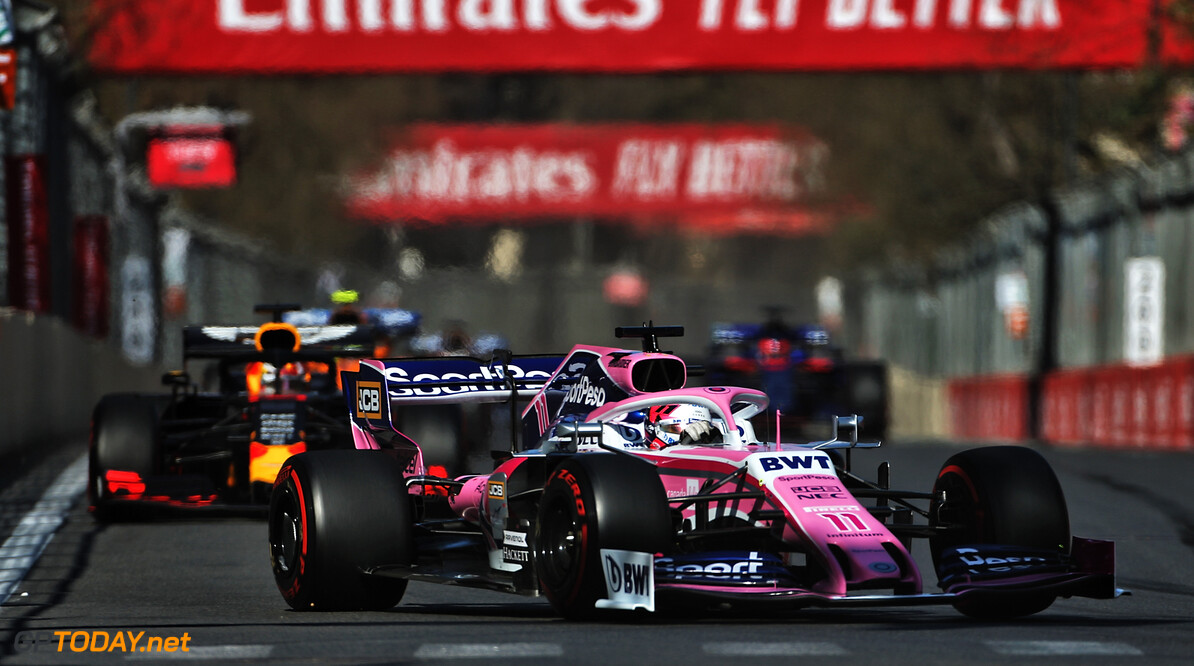 Perez: McLaren was a lot faster than Racing Point

Sergio Perez believes that both McLarens that finished behind him at the Azerbaijan Grand Prix on Sunday were "a lot faster" than Racing Point.

Perez managed to secure a sixth-place finish after qualifying fifth, driving a one-stop strategy after starting on the soft compound.

Despite coming under pressure from the Woking squad, Perez was able to hold on the 'best of the rest' spot, claiming his third consecutive top ten finish.

"It was looking good after lap one," said Perez. "I was ahead of Verstappen, I overtook him at the start, but then very early we realised that it was not our race.

"I was more concerned about the McLarens because they were very strong all the way through, and they pushed me massively.

"I was on the limit the whole race apart from the last laps, so it was a very demanding race.

"No mistakes, no lock-ups, and it was the only way to keep the McLarens behind because they were a lot faster than us."

Perez's teammate Lance Stroll fought his way into the points after dropping out in Q1 during Saturday's qualifying session.

His father Lawrence, who owns the Racing Point outfit, says he is delighted with the result as he is confident the team extracted everything it could.

"I couldn't be happier," Stroll said. "I think we finished where we deserved to finish, on merit.

"We know that there are six cars that are in a different league. So we couldn't have asked for more."

Racing Point makes up three positions in the constructors' standings as it now occupies fifth place, trailing McLaren by a single point.