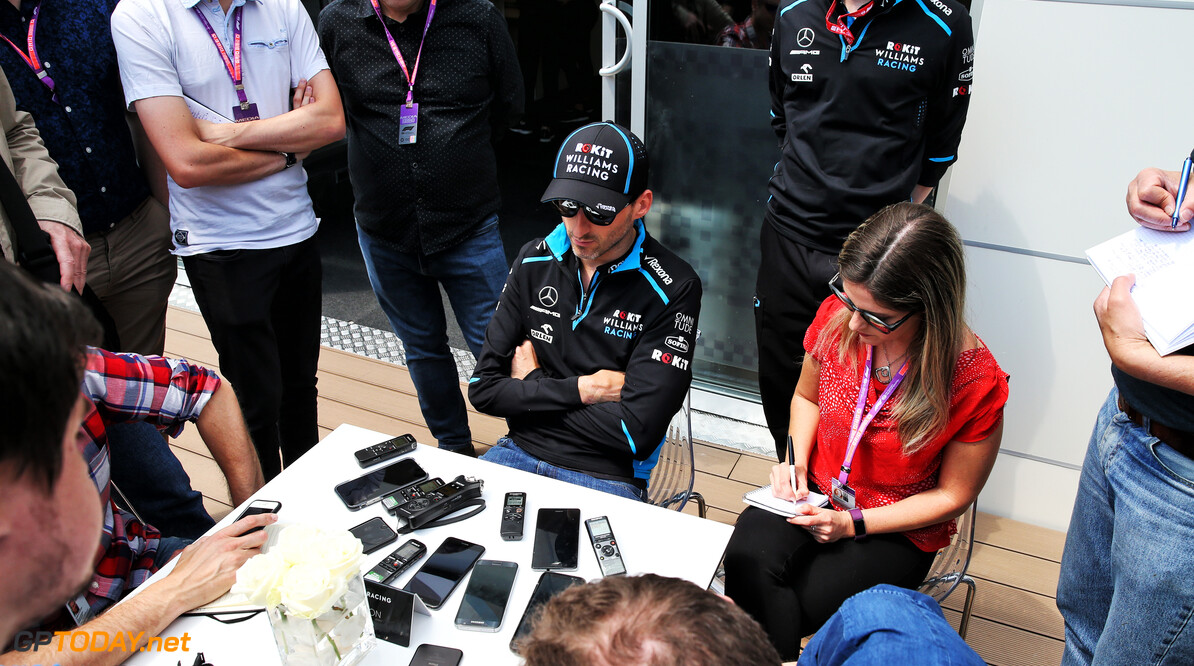 Nearly impossible for Williams to benefit from Baku chaos - Kubica

Robert Kubica believes that Williams will be too far behind the rest of the field this weekend to take advantage of any carnage that occurs in front of it.

The last two races in Azerbaijan have seen a number of surprising circumstances and chaos, with a midfield team claiming a podium at each of the three races at the Baku City CIrcuit so far.

Williams has struggled in 2019 and has been far off its nearest competitors. While it remains a long way off scoring points, Kubica doesn't see any opportunities presenting themselves this weekend.

"Well, Baku showed in the past that everything happened,” Kubica said. “But still last year I think we were much closer to the others than we are this year, at least looking our first three races."

“So from one point yes everything can happen here, from the other probably from what we have seen in the first three races I would say it would be very difficult, or nearly impossible [to take a point]. I think we are too far off from the pack to think about it.”

Williams managed to secure an eighth-place finish at Baku last year at the hands of Lance Stroll, who also finished P3 in the 2017 race, which remains Williams' latest podium.

Kubica is the only driver competing this weekend who has not yet driven the tricky Baku circuit, as the rookies have experience from GP2/Formula 2.

“I will expect a higher level of alertness at the beginning of the session which is normal, especially when you join a street circuit for the first time," Kubica said.

“And I’m looking forward because it will be nearly nine years since my [last] time on a street circuit after 2010 Singapore. It has always in the past been a special feeling to drive close to the walls.

“From the outside the Baku street circuit looks pretty simple in many places but on the other hand is quite complicated in three or four places.

We will have to go through them and I think there is no need to think too much about it, just go there and discover what will happen.”