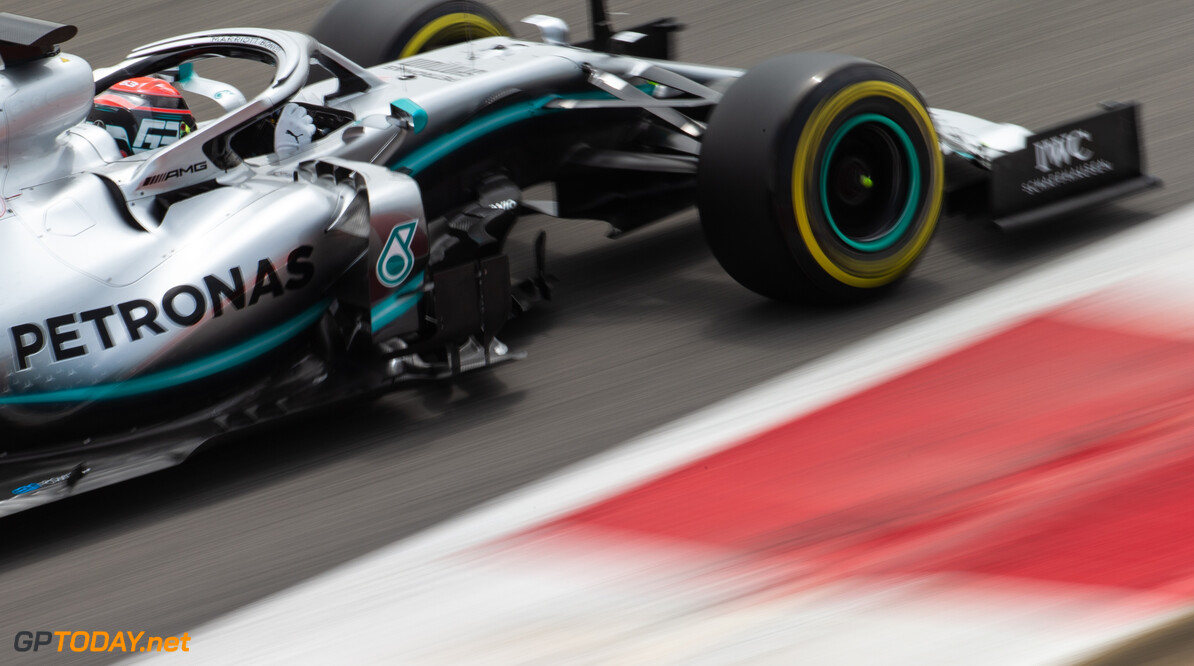 George Russell has played down the significance of his fastest lap in Bahrain testing, but admitted that it was “a special experience”.

Russell tested the Mercedes W10 on Wednesday, driving 101 laps to top the timesheets in the final minutes of the day.

The Briton clocked a 1:29.029, which was 2.7 seconds faster than the lap he set last Saturday during qualifying for Williams, who is struggling at the back of the grid.

Russell says he's not paying much attention to the fastest time and is taking more joy in the time spent with Mercedes.

"Timings don't mean a lot in testing but it’s always a special experience to be on top of the timesheets,” Russell said. “We had a very productive day today, the team learned a lot of things to help them progress.

“Driving a different car than usual, I personally also learned a lot which I can take back to further improve my driving.”

After rain delayed half of the testing time on Tuesday, teams were able to rack up many more laps on Wednesday, with no threat of rain lingering in the air.

However, Mercedes chief engineer Andrew Shovlin revealed that a water leak hampered Mercedes' programme on Wednesday afternoon, but was otherwise satisfied with the day's running.

“The morning had been successful, we had a packed programme due to the rain yesterday but were getting through the items very well,” Shovlin said.

“Unfortunately, at lunch we spotted a small water leak that wasn’t a quick fix which delayed our afternoon programme quite considerably.

“Whilst we couldn’t complete all our test items, we’ve done the important bits and we leave here with more information and understanding of the car and tyres and we’ve managed to test some developments that we plan to roll out over the next few races.

“It’s been great to have George back in our car for the day and many thanks to Williams for allowing it. He did an excellent job today, the way he goes about testing and his consistency and feedback would make you think he has a couple of seasons of F1 under his belt, not just two races.”