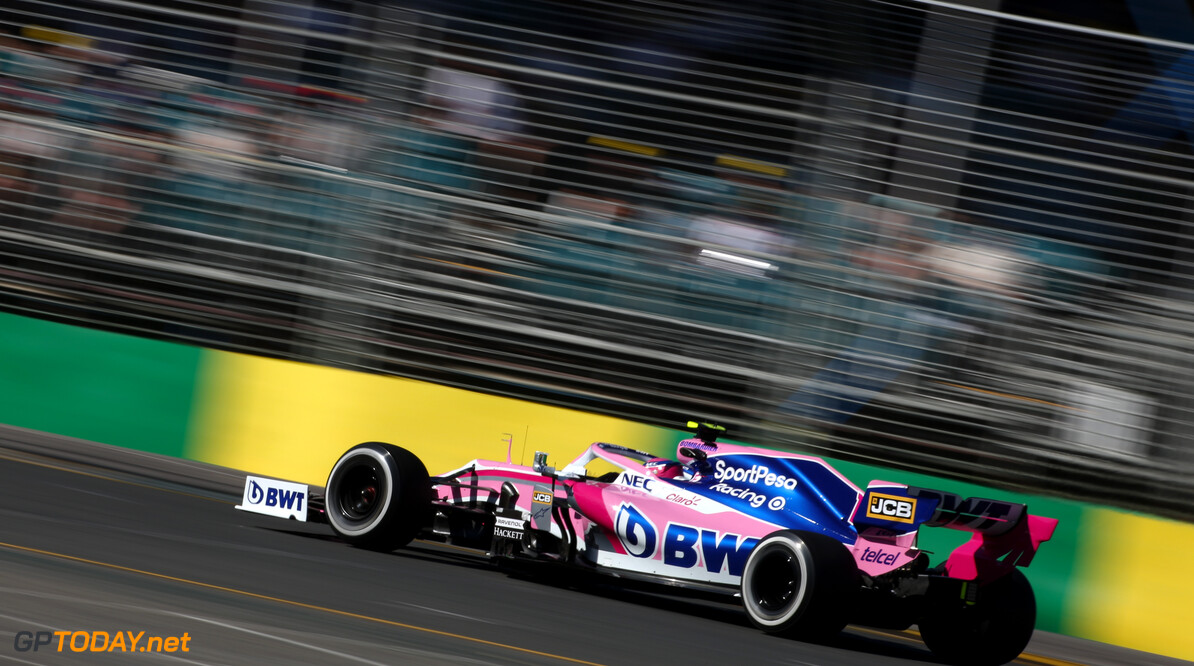 Lance Stroll and Carlos Sainz say that traffic cost them a spot in the second stage of qualifying on Saturday.

Stroll claimed he was hampered by Romain Grosjean, who was on an out lap through Turn nine. The Racing Point driver had to settle for 16th place, while teammate Sergio Perez advanced.

“Grosjean was in my way on my best lap in turn nine,” he said.

“I was in his bumper in the corner and that cost me easily a couple of tenths, it was a real shame. I think we would have went through no problem.”

Grosjean didn't make it to the chequered flag in time to set a final hot lap, but nevertheless made it through to the final stage of qualifying,

Sainz said that he was held up by Robert Kubica, who was returning to the pit lane after hitting the wall at Turn 10, suffering a puncture.

"I was coming in a lap good enough for the top 10 at that point,” Sainz said. “But unfortunately I found Robert with a puncture going into the last two corners. So you can imagine how frustrating that was after a strong weekend in general for the team.

“Unfortunately I found him, lost three or four tenths that I had already recovered, nearly improved in my last sector where I had another two-tenths to come. So you can imagine I’m disappointed.”

Kubica says that the mistake he made which resulted in the puncture was "silly" and "embarrassing".

The Pole will line-up in last place for his first Grand Prix since 2010 on Sunday, in what is set to be a difficult race for Williams, who has emerged as the clear backmarkers in 2019.

"I think qualifying was also quite difficult in terms of the general feeling in the car and suddenly the feeling massively improved for the last run. But then I complicated my life with a silly mistake,” Kubica said.

“It was not even a mistake from overdriving or something, it was purely bad evaluation of the space, which is a bit embarrassing. But at least I got a better overview of how much more pace I would have for when I get to other street circuits.

“It shouldn’t happen, but I feel there were a couple of things we understood better in qualifying."