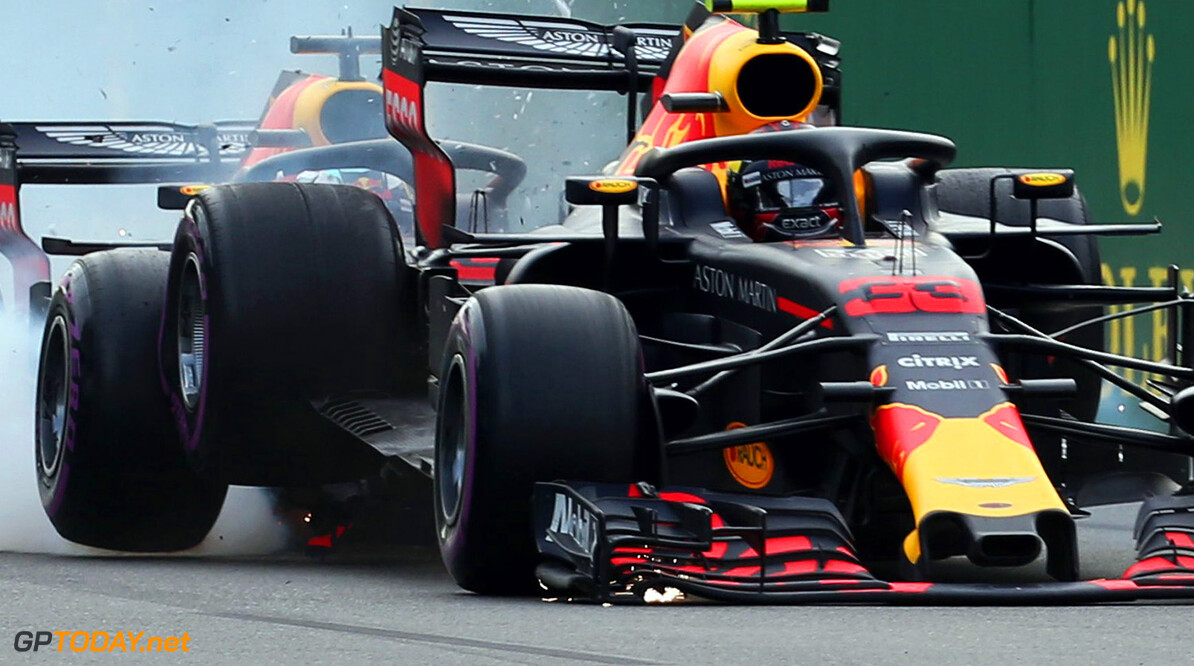 Daniel Ricciardo says that Red Bull's handling of the crash between him and former teammate Max Verstappen at Baku last year aided his decision to leave the team.

The pair fought closely throughout the race, but came together on lap 40, putting them both out of the Grand Prix.

Red Bull blamed both drivers following the incident, however Ricciardo affirms that Verstappen was at fault. In August, Ricciardo announced that he would be leaving the team for Renault, right when it was believed he would sign a contract extension.

Ricciardo stated that the crash in Azerbaijan wasn't a "deal-breaker", but it was something that he had major difficulty shrugging off.

"I struggled to let that go, the whole race and the aftermath," he told the Sydney Morning Herald. "That played a part in my decision. I never really felt the same after that. As soon as I crashed into him, part of me felt, 'you guys deserved this, that was a shitshow'.

"If the roles were reversed, if I'd been in front and moved twice in the braking area and he'd run up the back of me, would things have been handled the same way? It was a question I kept coming back to.

"The team treated us as both equally at fault in that situation, where I think deep down they knew that it was their mistake and Max's mistake. A lot of things didn't sit well."

Ricciardo joined Red Bull in 2014, right after it won its fourth consecutive world championship. However, the energy drink squad struggled in the turbo hybrid era, and hasn't been able to challenge for championships over the last five years.

Ricciardo picked up seven race wins and 29 podiums in his time with Red Bull, but despite not being able to contend for the world drivers' title, the Australian has no negatives feelings about his stint there.

"I don’t look back on it negatively, it gave me all my milestones in F1," he said. "At Red Bull, every year is 'this is going to be our year'… the risk of being disappointed or let down is naturally higher.

"I joined them after the team won four world titles, so before I got there, I thought I was going to have a world championship car. For five years, that wasn't the case. From that point of view there's less risk coming into this, because there's more room for us to grow."