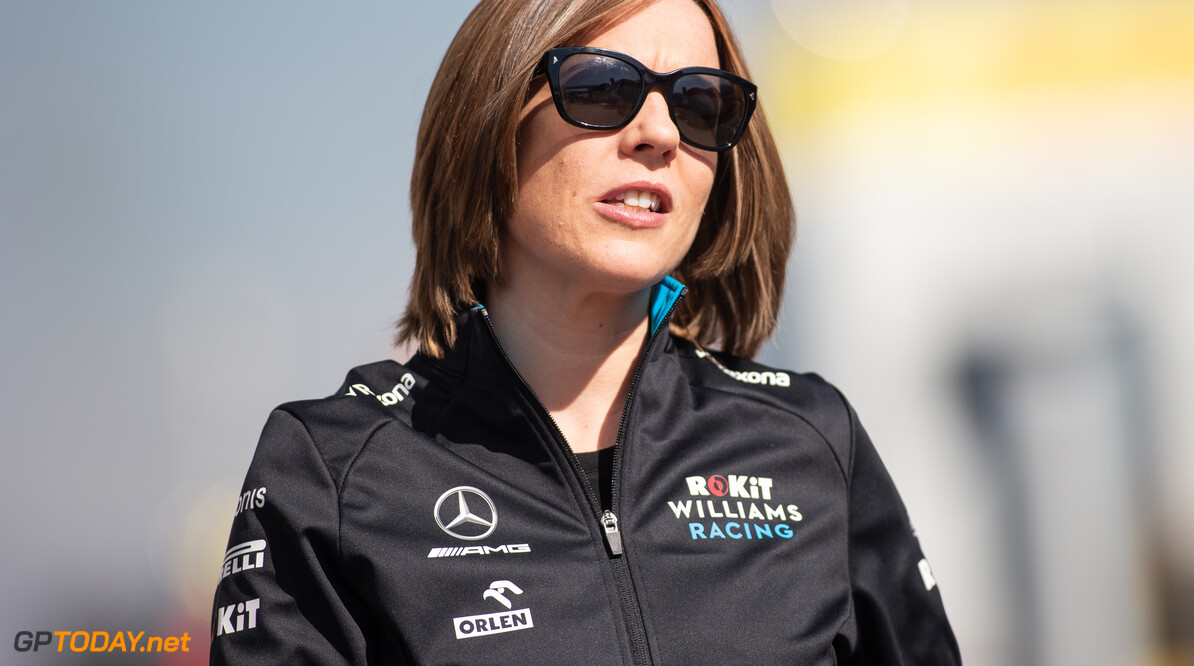 Williams' deputy team principal Claire Williams believes that her team will be able to recover from its lost time at testing.

The Grove outfit failed to take to the track during the opening two days at the Circuit de Catalunya, as it was delayed on parts. It arrived at the track on Wednesday morning last week, and managed to get out for the afternoon session on the third day of running.

Although it managed more mileage on Thursday, the runs were not competitive, as drivers Robert Kubica and George Russell stated that they only had a handful of laps to get a feel for the car.

However, it had a stronger start to week two, managing over 100 laps on Tuesday and Wednesday.

"We've had to condense the programme, we have some clear focuses that we have to concentrate on," Williams said. "Having a reliable car will minimise the amount of time that we'll lose. Fortunately, the car is reliable at the moment which means we can recover a lot of the programme that we potentially could have lost.

"The car covered 119 laps with George yesterday, and the target is even higher tomorrow so we're trying to make up the running time. But having that baseline of kilometres is going to mean that the programme will be as least compromised as it can be."

Williams is also confident that the team will be able to forget its difficult start and move on when the season gets underway in Melbourne next month.

"I think it can happen," she said. "I think we have seen historically that it can happen and we need to make absolutely sure that the situation doesn’t happen again. It’s clearly not what we wanted to happen.

“Its compromised our test programme to a degree. We’re obviously trying to make up for the time that we lost and I hope when we get to Australia or probably further down the line, we will have forgotten about it, move forward and when we go to build parts for the car next year, we will have a car to run at 9AM on the first morning.”