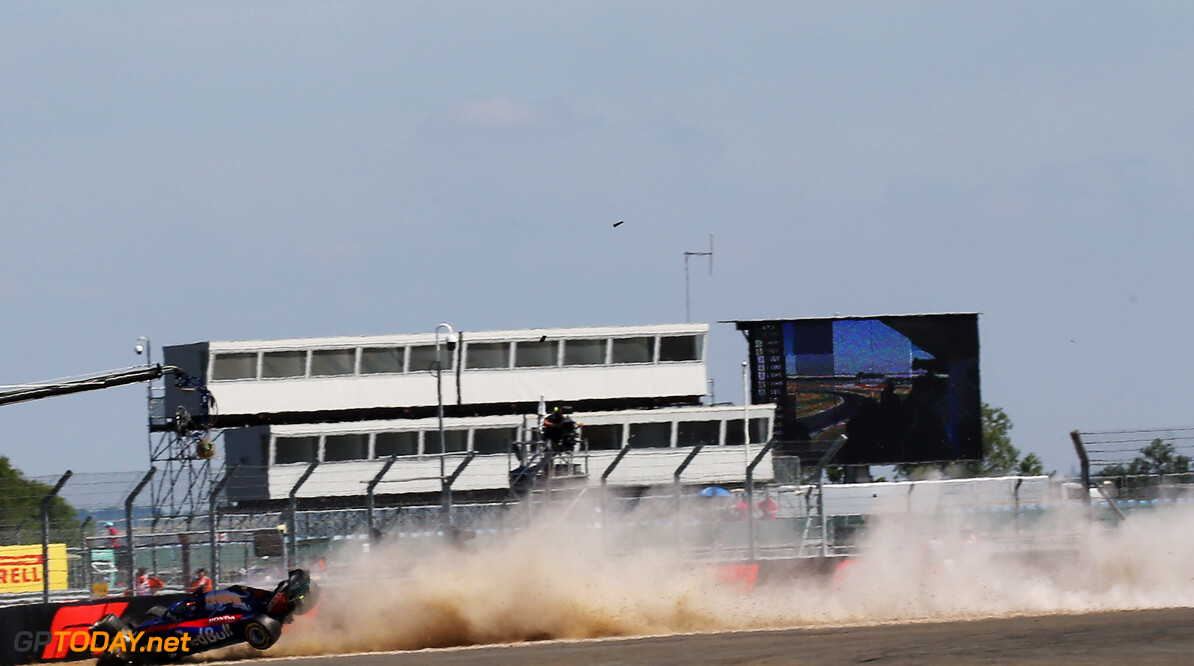 Toro Rosso was forced to fish out over €2million during 2018 to cover the cost of damages. The Red Bull junior squad was involved in a number of on-track incidents, some of the biggest being Brendon Hartley at Montreal and Silverstone, and Pierre Gasly at Barcelona.

2018 marked Toro Rosso's first year with Honda power units, having previously run with Renault and Ferrari. At the Bahrain Grand Prix, it recorded its best result of the year, with Gasly coming home in fourth place. While the partnership was successful enough to convince Red Bull to make the Honda switch for 2019, the season was also blighted by a number of hefty collisions.

In addition to Hartley's previously mentioned crashes, he also suffered a big shunt at Barcelona during FP3, and didn't even make it to the first corner at Monza before being forced to pull over and retire with damage.

The combination of some strong results and a number of costly collisions made for a mixed season review, according to team principal Franz Tost: “We had highlights this season and some races which were really not good,” he said.

“The highlights were quite clear, when Gasly finished fourth in Bahrain, which was a strong race, and he did a very good race also in Monaco [sixth], Budapest he finished sixth. Spa was a good race, because we didn't expect to finish in the points there but we finished ninth, and in Mexico, where he finished 10th.

“Then we had many crashes. This year we spent €2.3 million only for crashes.  The heavy crash between Gasly and Grosjean at Barcelona, and Gasly couldn't do anything and the crash with [Esteban] Ocon in France.

“Then the heavy crash with [Lance] Stroll and Hartley in Canada, then the situation at Silverstone [where Hartley had a massive FP3 crash after suspension failure].

“In Monza, Brendon got touched by Stoffel Vandoorne and by Marcus Ericsson, both of them [before the field had even reached the first corner]. Four sides were nearly gone. This was really not good.”