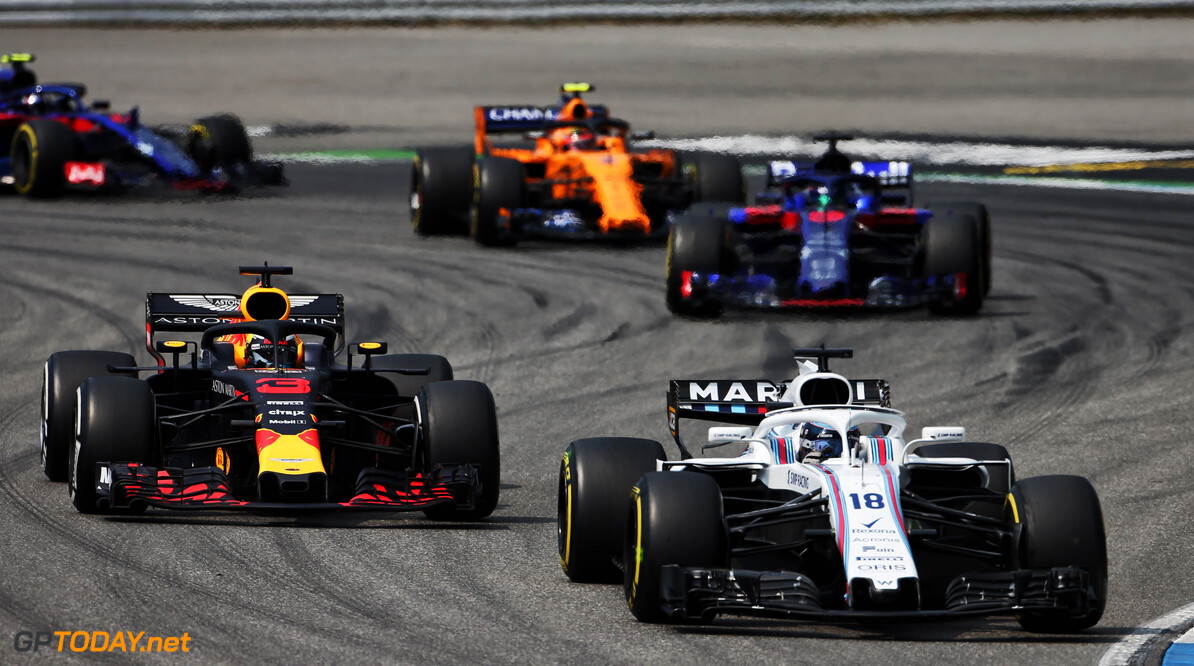 Lance Stroll says that being wise on the opening lap of a Grand Prix allowed him to make up more positions than any other driver across the year. Stroll made a total of 36 manoeuvres on lap one at the 21 Grands Prix in 2018, and tops the list for the second year in a row.

The Canadian driver had a tough 2018 season, as Williams couldn't produce a competitive car. However, Stroll secured a move to Racing Point for the 2019 season, after his father led a consortium of investors to purchase the team from administration.

"High risk, high reward! No, it hasn’t really been risks," said Stroll. "It’s just been, I’ve just positioned my car well first lap. One thing we are good at is launches off the line, that’s an area we have been strong over the last couple of seasons. I’ve taken advantage of that and been wise on the opening lap."

Stroll ended the 2018 campaign in P18 in the drivers' championship, just ahead of Brendon Hartley and Sergey Sirotkin. Next year, he will be partnered with Sergio Perez at the Racing Point outfit, who is set to confirm a name change ahead of the 2019 season.

The team will launch its new car on Wednesday, February 13th at an event in Montreal. Stroll made his debut for the Silverstone squad at the end of the season Pirelli test in Abu Dhabi, before he was confirmed as its full-time racer for 2019.